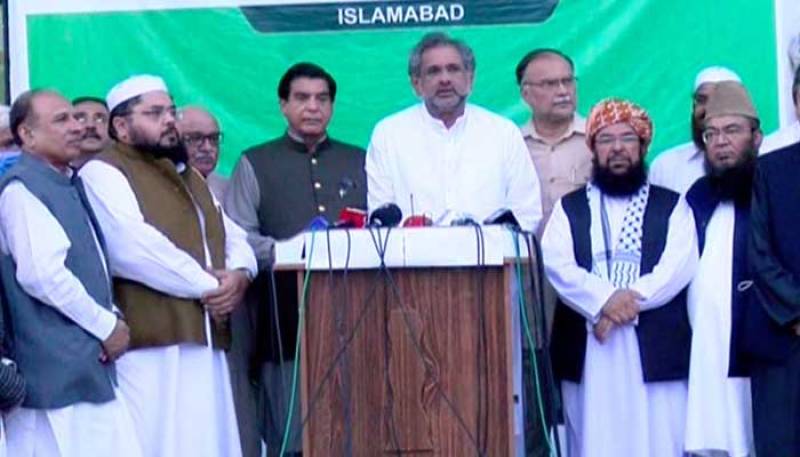 ISLAMABAD – In order to increase pressure on the Pakistan Tehreek-e-Insaf (PTI) government, the Pakistan Democratic Movement (PDM) – an alliance of opposition parties – has announced to hold its first public gathering in Quetta on October 11.

Pakistan Muslim League-Nawaz leader Shahid Khaqan Abbasi addressing a press conference, flanked by leaders of other opposition parties, termed the upcoming rally “historic”. He added that the rally will kick start the anti-government movement all over the country.

He hoped that the opposition’s movement will strengthen overtime, adding that it will be successful in ending the undemocratic system in the country.

He highlighted that PDM has condemned the arrest of Shehbaz Sharif, leaders of opposition in National Assembly, adding that matters related to rising inflation, corruption and public issue were discussed.

In the meeting, a steering committee was also formed to take the PDM movement forward, he said. Ahsan Iqbal has been appointed as first convener of the committee.

Referring to the arrest of Shehbaz Sharif, former prime minister and PPP leader Raja Pervaiz Ashraf said that such tactics will weaken democracy in the country.

The PDM was formed at the opposition’s multi parties conference (MPC) earlier this month.