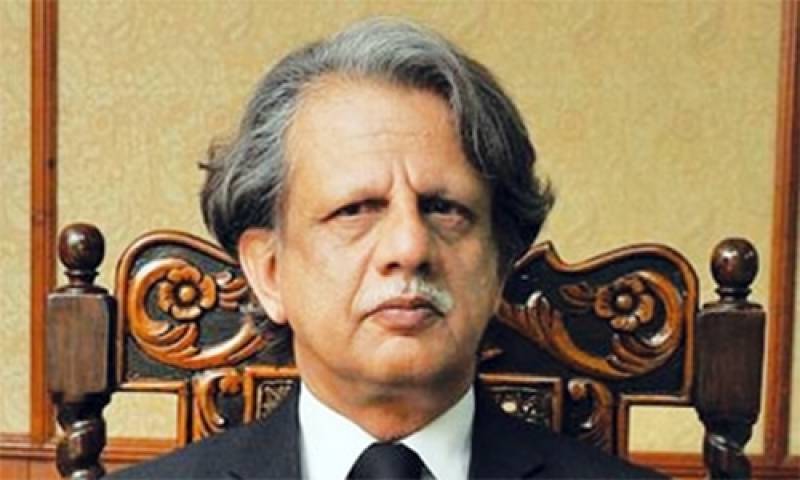 ISLAMABAD – The federal cabinet has approved constitution of a one-member inquiry commission to investigate the Broadsheet scandal.

Information Minister Shibli Faraz while addressing a press conference said that former Supreme Court judge Azmat Saeed Sheikh will be the member of the commission, which will also investigate the matters Hudabiyya Mills and Surrey mansion.

He said the commission instead of a committee is being set up under the Commission of Inquiry Act 2017 to probe the revelations made by the Broadsheet, a UK-based asset recovery firm.

Last week, the cabinet had set up an inquiry committee to be headed by a former judge of apex court, giving him 45 days deadline to complete the investigation. One representative each of the Federal Investigation Agency (FIA) and Attorney General of Pakistan office and a lawyer to was to pick for the committee.

The inquiry body was formed on the recommendations of inter-ministerial committee to probe revelations made a British court in the Broadsheet case and fix responsibility on Pakistanis, who had laundered money to abroad.

Meanwhile, in a tweet tonight Minister for Information and Broadcasting Shibli Faraz has stated that Justice Retired Azmat Saeed Sheikh will head the inquiry committee on the Broadsheet case.