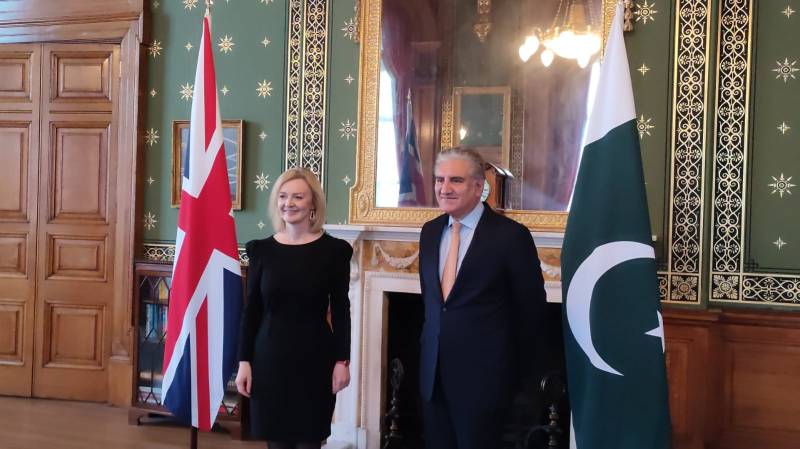 ISLAMABAD – Foreign Minister Shah Mahmood Qureshi during a meeting with the British counterpart raised the unilateral decision of the English Cricket Board to cancel the Pakistan tour at the last minute.

A statement issued by the Foreign Office after Foreign Minister’s meeting with British Foreign Secretary Elizabeth Truss in London said FM Qureshi conveyed Pakistan’s disappointment at the decision of the English Cricket Board to cancel the Pakistan tour.

English Cricket Board's cancellation of the Pakistan tour at the last-minute decision not only caused financial loss to Pakistan Cricket Board (PCB) but also deeply disappointed millions of cricket fans, it further said.

Earlier, the British government distanced itself from the ECB's decision and clarified that the decision did not come from it.

Meanwhile, the two sides also agreed to work on roadmaps in multiple areas of mutual interest. Qureshi also felicitated Truss on her appointment and said that he looked forward to working closely with her to put concrete shape to the mutual desire of the two sides to take the bilateral relations to the next level.

Exchanging view on Afghanistan, FM apprised his British counterpart of the situation in the war-torn country, and Pakistan’s hopes and expectations from the dispensation in the Afghan capital. “Pakistan’s immediate concern was to avert a humanitarian catastrophe. Pakistan had set up a humanitarian corridor and was extending all possible assistance to support the Afghan people,” he said.