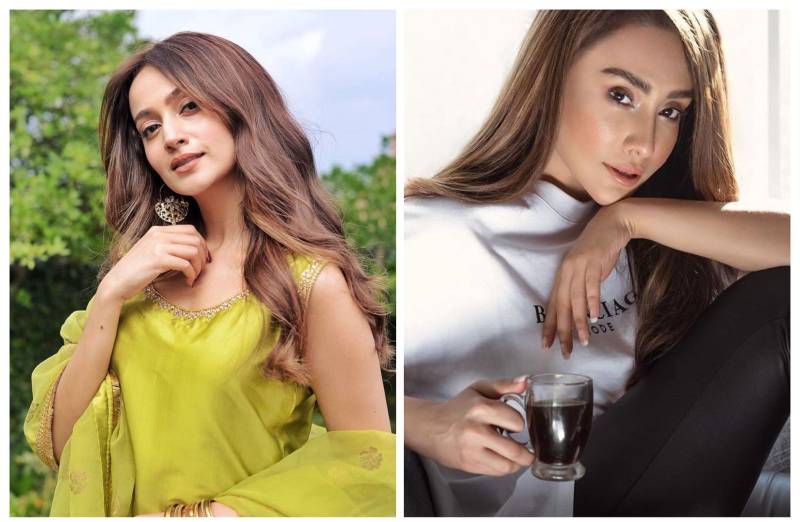 Ishq Zahenaseeb star Zarnish Khan is the latest celebrity to jump onto the bandwagon of blasting Maira Khan who has garnered widespread criticism over her classist remarks.

The Cheekh actor had ridiculed people on class differences and taking to her Instagram handle she had called out outsiders for entering Defence Housing Authority (DHA).

In the aforementioned video, Maira stated that ‘burgerism’ is found within and by shifting to Defence one can’t get rid of their inborn ‘cheap’ traits.

Concluding her stance, Maira declared: “Once a paindu, always a paindu.” The keyboard warriors immediately sprung into action and trolled her for her classist comments.

On the other hand, the Yeh Dil Mera actor also shared her two cents on the ongoing debate and said, “I don’t believe being called burger or paindu determines any kind of class or status,”

Moreover, Zarnish was of the view that being a celebrity comes with responsibilities and the importance to conduct oneself accordingly.

“Universal morality cannon be divided into classes. It’s for everyone to follow, and if the criteria of looking cool determine, how respected you are in society, then I must say we have doomed ourselves,” she added. 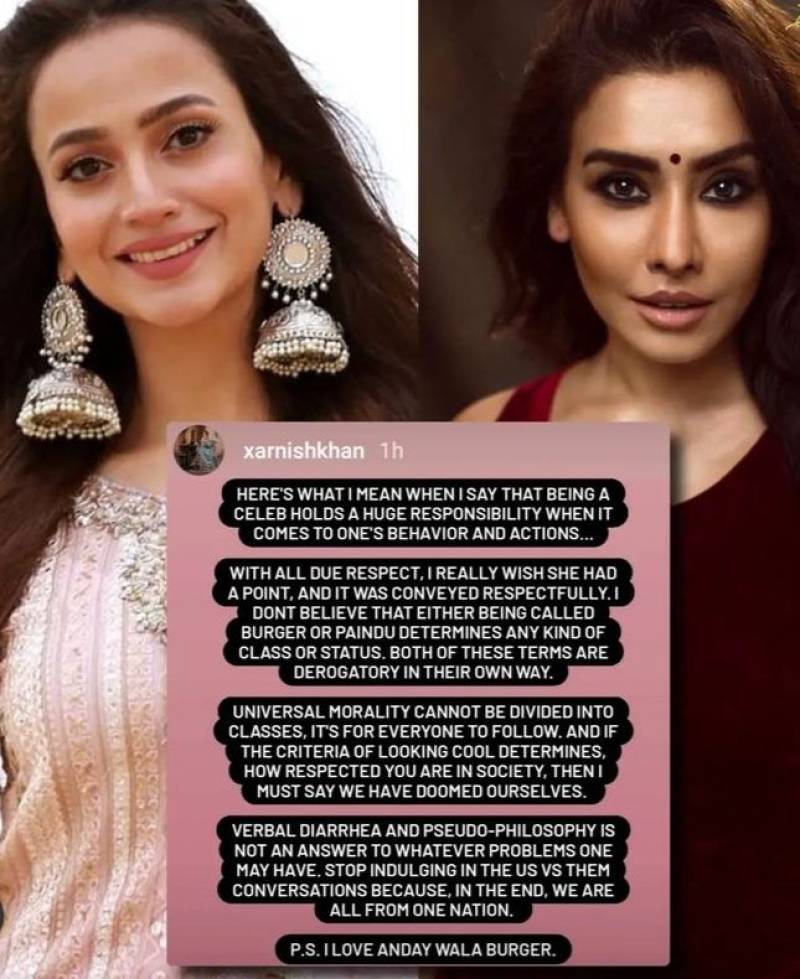 “Veral diarrhoea and pseudo-philosophy is not an answer to whatever problems one may have. Sto indulging in the US vs Them conversations because in the end, we are all from one nation.”, she concluded.

The gorgeous actor Zarnish Khan has cemented her position in the television industry with her impeccable acting skills ...