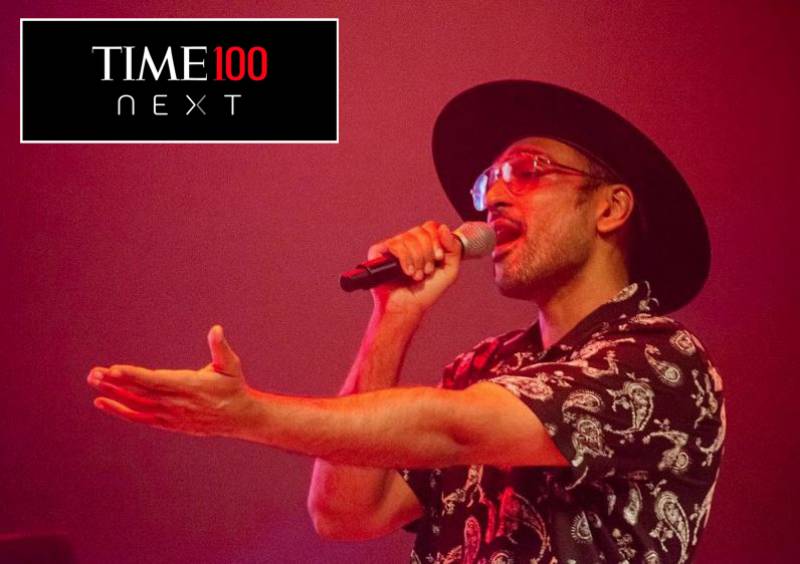 ISLAMABAD – Pakistani artist Ali Sethi, who has been entertaining the audience with strong vocals, has been featured in the TIME100 Next list.

The 38-year-old stormed into global leaders list as an 'innovator' rather than an artist, while Time’s article mentioned his song 'Pasoori', an instant hit of Coke Studio that stayed atop the charts even half a year later.

Ali took to Instagram and expressed gratitude for the honour. “Proud to be included in the 2022 #TIME100Next list. This old-world portrait of me and looking pyaar-se at the pre-colonial past”, he captioned the post.

The American magazine said Ali Sethi's song Pasoori has become a global sensation with close to 400 million views on YouTube. Even more remarkable, the song has found a huge following in neighboring India despite the escalating tensions between the two countries.

It added that “Sethi’s great gift is that he is able to use an ancient form of music from the region, the classical raga, to challenge and expand notions of gender, sexuality, and belonging. “Pasoori" is a virtuoso demonstration of how artists can, in subtle ways, subvert the restrictions that are being imposed upon them by new forms of authoritarianism and intolerance”.

Ali started receiving congratulations on making it to the Time100 Next list. Pakistani activist Malala Yousufzai and many other celebrities felicitated the singer.

A British actress of Pakistani origin Nida Manzoor has reportedly featued in the list and has been listed as an ‘artist’.

LONDON - Pakistan’s singing sensation Momina Mustehsan has made it to the 2017 list of BBC's 100 inspirational women ...

Chief Justice of Pakistan Umar Ata Bandial has been named in Time magazine's list of the world’s 100 most ...