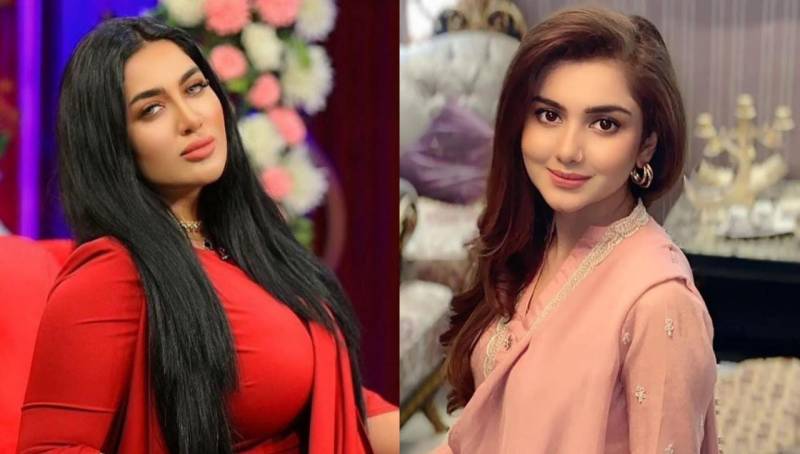 Netizens have been divided into polarised opinions on which lady's stance is stronger and more factual on moral grounds.

The two women found themselves in an argument after Anwar's BBC Urdu interview in which she stated that she could connect to Noor Mukaddam, who was brutally murdered by her boyfriend, because she too went through a tough time in her life.

Within no time, the short clip from the interview went viral, dividing netizens into thinking whether Anwar villainized her ex-husband, late Aamir Liaquat, or she suffered from ups and downs during her marriage to Liaquat. Anwar's controversial remarks angered Mathira who criticised the Bichoo actress fo tainting her ex-husband's reputation. 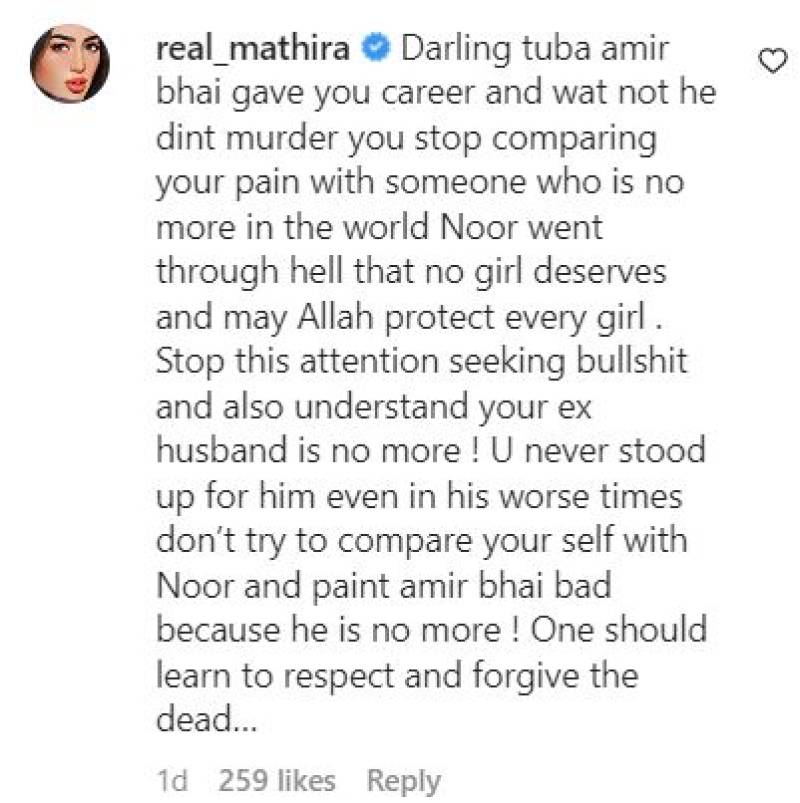 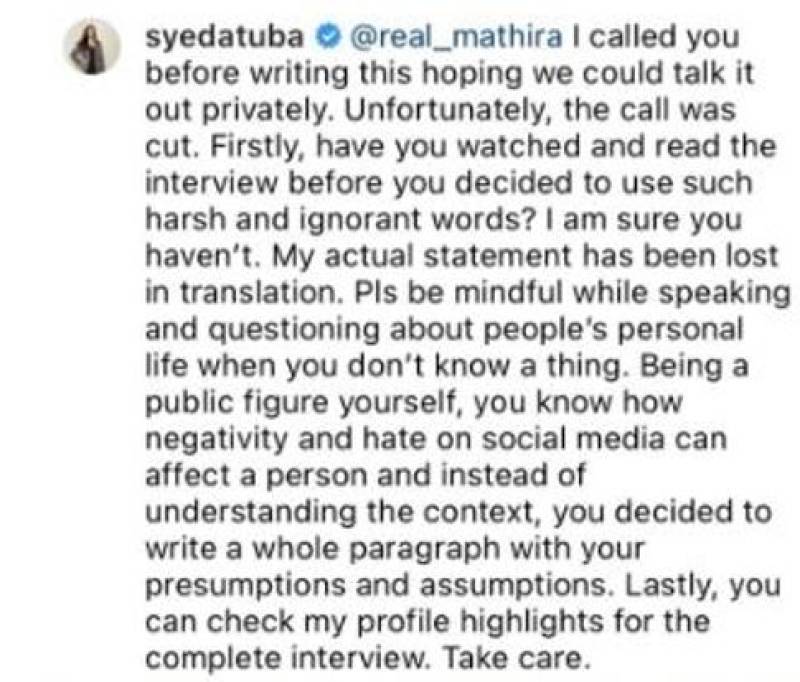 Mathira strongly criticised Anwar for comparing herself to Noor Mukaddam whose murder caused outrage in the entire world and received worldwide attention.

Further schooling Anwar, Mathira said she should remember it was Aamir Liaquat who boosted her career. She said the Bisaat actress should learn to respect and forgive the deceased.

In response to the Jhootha singer's remarks, Anwar took to Instagram and bashed Mathira for making false assumptions. Anwar said that Mathira should check the complete interview and she should think before meddling in others' personal lives.

Mathira, on the other hand, has been hosting The Insta Show with Mathira, and Desi Rapper.

Pakistan's rising star Syeda Tuba Anwar has been quite visible on social media after her separation from Dr Aamir ...