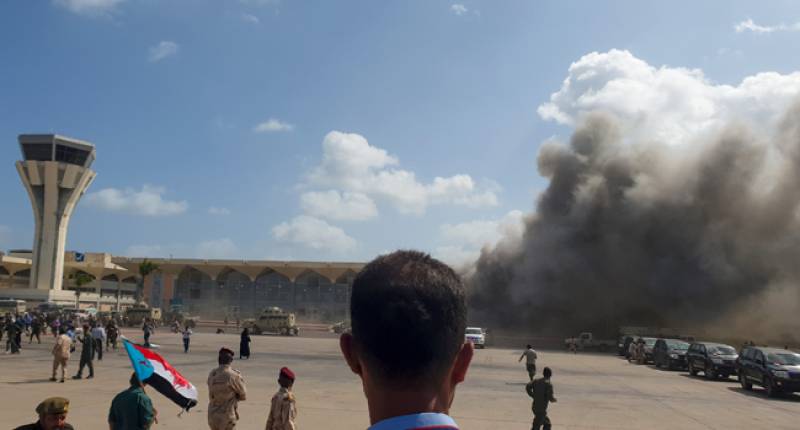 ISLAMABAD – Pakistan strongly condemned terrorist attack at Aden airport in Yemen, targeting the cabinet members of the newly formed government in the country.

“We extend our sincere condolences on the loss of precious lives and wish speedy recovery for the injured,” said a Foreign Office statement.

It added the attack was not just condemnable as an act of senseless violence and terrorism, it was also reprehensible as an attempt to undermine the recent efforts by the Kingdom of Saudi Arabia, and its positive results, that aimed at fostering enhanced peace and security in Yemen.

Pakistan urges the international community to ensure respect for territorial integrity of Yemen and to support efforts aimed at promoting peace and security in the country.

At least 22 people were killed and dozens other injured after blasts ripped through Aden airport followed by gunfire shortly after a plane carrying Yemen’s newly-formed government landed.

The attack occurred after the new unity government landed at the airport after visiting Saudi Arabia.

The cabinet members including Prime Minister Maeen Abdulmalik, as well as Saudi Ambassador to Yemen Mohammed Said al-Jaber have been shifted to the city’s presidential palace.