‘Indians’ joy over my transfer is honour for me,’ says outgoing DG ISPR in last presser 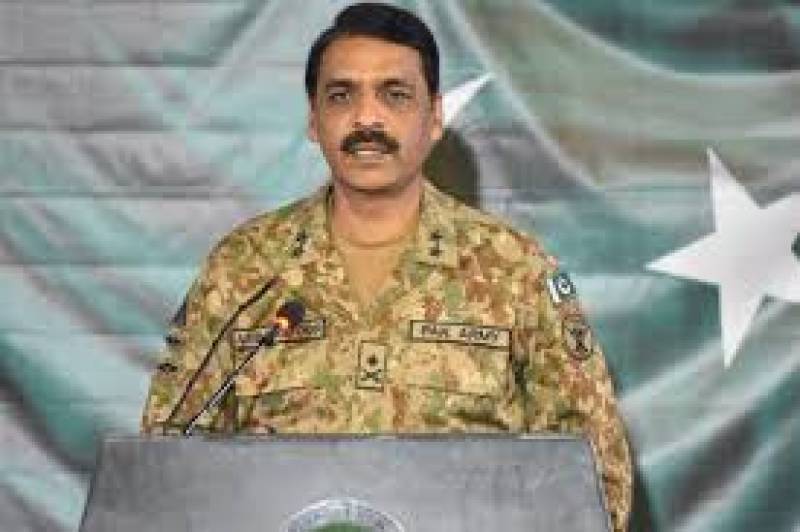 RAWALPINDI - The outgoing Director General Inter-Services Public Relations, Maj Gen Asif Ghafoor, on Thursday said that it is an honour for him if Indians are happy on his transfer.

Maj Gen Ghafoor will be succeeded by Maj Gen Babar Iftikhar on February 1 while the outgoing military spokesperson has been appointed as the General Officer Commanding Okara.

Ghafoor was addressing his last press conference as the DG ISPR where he also thanked the defence reporters and appreciated their role in war against terrorism.

Responding to Indian Prime Minister Narendra Modi’s recent war-mongering attitude, he said that Indian forces will always be surprised by the Pakistan Army.

"How can an army which could not defeat 8 million Kashmiris in the past 71 years, defeat 207 million Pakistanis?" he asked.

The outgoing army spokesperson, however, opposed the war, saying humanity always loses in this situation. He added that appropriate response will be given if war was imposed on Pakistan.

He admired the Pakistani leadership over his response to the threats of war. He also heaped praises on Chief of Army Staff General Qamar Javed Bajwa, saying it was his strategy that saved the region from a major conflict.