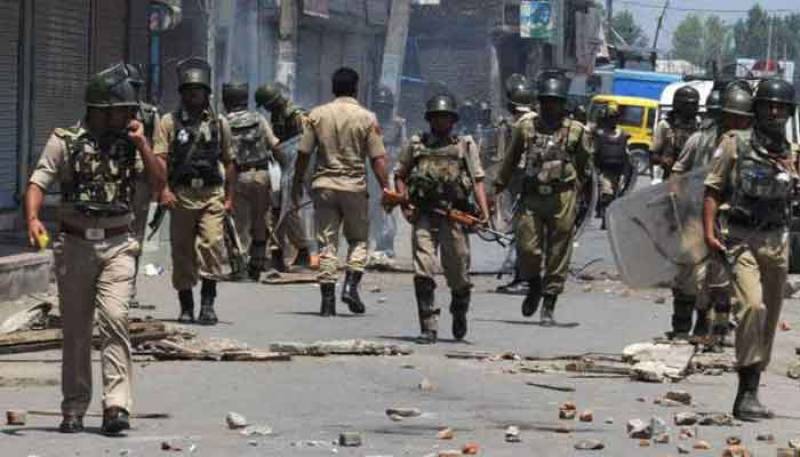 Report of Kashmir Media Service said the brutal forces martyred four youth during a cordon and search operation in the Naira area of Pulwama district while one was martyred during an operation in Charar-i-Sharief area of Budgam.

Amid the outcry, the district administration has also suspended mobile and internet service in several parts of the valley as over a dozen families are on a sit-in protest after being rendered homeless by the authorities at IIOJK’s Roop Nagar.

The bereaved families are demanding justice and a shelter to live in, saying their houses stood there for the last 70 years but the authorities demolished their homes.

Reports in media suggest that Indian brutal forces killed 210 Kashmiris, including five women and as many young boys, in the caged valley.

SRINAGAR – Kashmiris on both sides and all over the world are observing the Indian Republic Day as Black Day ...

Since the Modi led government stripped Kashmir of the special autonomy it had for seven decades by repealing Article 370 of the constitution in 2019, Indian troops, paramilitary and police personnel had martyred more than 500 Kashmiris till date while around 95,948 Kashmiris had been shot dead by Indian forces during the last 3 decades.