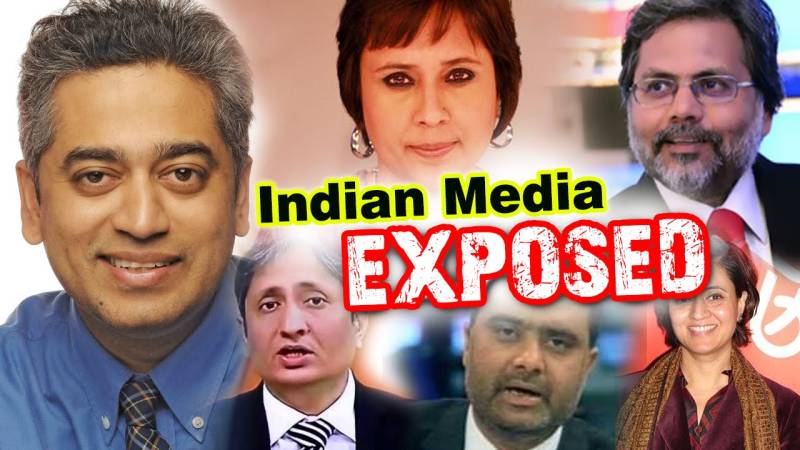 The Kashmiri people renewed their push for freedom over two weeks ago after the extra-judicial killing of popular insurgent leader, Burhan Wani, by Indian forces.

Bolstered by the draconinan Armed Forces Special Powers Act (AFSPA), Indian forces have retaliated with characteristic aggression to disperse the protesters and have imposed numerous restrictions on movement and assembly in the disputed territory, including a curfew, which is now in its 22nd day.

In apparent response to growing unrest on their side of the Line of Control, Indian news outlets Asian News International (ANI) and Times of India (TOI) both carried the same made-up story yesterday.

The reports seem intended to draw attention away from the brutal tactics being used by Indian security forces against Kashmiri civilian protesters by attempting to create the impression that civil unrest was also developing in Azad Kashmir.

Both of the questionable reports claim that people had been protesting in anger at the results of the recently-concluded Legislative Assembly elections in the Pakistan-administered portion of the disputed valley. They also claim that, during the protests, people resorted to burning the Pakistani flag in anger - a claim which is supposedly backed by the inclusion of a video in the reports.

Yet, in their reports of unrest in Azad Kashmir, the Indian media seems to have invented sources and relied on unverified information to create the impression that unrest was growing in the area.

The TOI report relies on the unverified claim that the Legislative Assembly elections in Azad Kashmir were "rigged" in favor of the now-ruling party, the Pakistan Muslim League-Nawaz, which won 31 of the 41 seats up for grabs.

However, it does not provide any evidence for this claim, for example, by citing international elections observers. Instead, it relies on the rabble-rousing statements of certain unnamed politicians whose parties lost badly in the polls. Incidentally, these politicians have also accepted the election results, despite their cries of rigging.

The TOI report also claims that the "Pakistan Human Rights Group has confirmed the allegations of corrupt practices, involving money and muscle power." Such an organization, however, does not exist in Pakistan.

Passing an old video off as new

The most embarrassing mistake made by ANI and TOI in their coverage of supposed civil unrest in Azad Kashmir involves their use of a video, in which people in Azad Kashmir can apparently be seen torching the Pakistani flag in anger over the "rigged" election results.

However, a close viewing of the video's final 20 seconds shows that it was taken during the outgoing government's tenure. After a shot of the protest being dispersed by police, the video shows one protester spraying graffiti on a poster of Chaudhry Abdul Majeed, the outgoing Prime Minister of AJK.

It is highly unlikely that protesters would be defacing his image if they were actually protesting the results of the current election, which the outgoing Prime Minister's party lost by a landslide.

Embarrassed on the global stage

A number of the brutal tactics used by Indian forces have caused outrage among the international community, especially their use of supposedly harmless pellet guns for crowd control. Already, dozens of people have been fatally wounded or blinded by the pellet guns, while Pakistani activists have drawn international attention to their use with a successful online campaign.

On July 12, United Nations Secretary General Ban Ki Moon expressed concern over the situation in Kashmir and called for "maximum restraint" by all parties involved in the conflict. His statement came on the back of the earlier criticism he had received for allegedly brushing the Kashmir issue, and India's culpability in it, under the rug.

Yesterday, an American State Department spokesman finally addressed the ongoing brutalities in Kashmir, saying that his government was "concerned" about the situation and in constant correspondence with Delhi regarding the issue.

This week, a letter signed by 800 academics and writers of world-renown, including Noam Chomsky and a number of prominent Indian intellectuals, also made headlines and drew attention to the plight of Kashmiris in the occupied zone.

While most of the mainstream Indian media has toed the Indian government's official line on Kashmir, a few independent left-leaning publications like Caravan magazine and Kafila have produced original reports on Indian state brutality in the restive valley.

The mainstream Indian media has chosen not to give these reports any coverage, while prominent TV personalities like anchor Arnab Goswami have called for all journalists contradicting the state's official position on Kashmir to be thrown in jail.

With the space for alternate media already shrinking, the Indian media's recent publication of concocted news reports on Azad Kashmir is further proof that all is not well in the world's largest democracy.