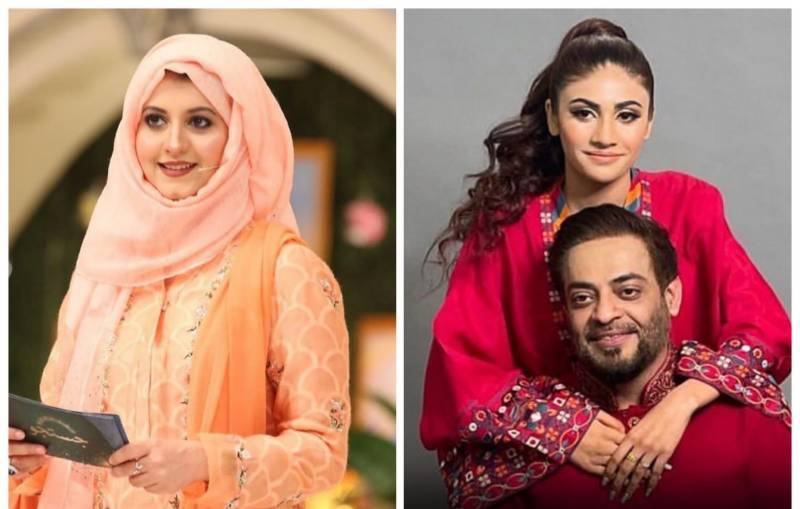 Late televangelist and former MNA  Aamir Liaquat’s ex-wives Syeda Bushra Iqbal and Dania Malik have been engaged in a legal battle over his post-mortem.

While talking to the media, Bushra revealed that FIA had given them a positive response and they have assured that they’ll investigate on their own and will take action against Dania.

"Aamir got married to Dania to live a peaceful and happy married life but he didn’t know that he got married to a greedy woman. Within four months, his bank accounts were left empty. Even at this point he was asking people for money.”

Further, Bushra, who was accompanied by her daughter Dua, said that Dania is not Aamir’s widow as the divorce was accepted by the 50-year-old politician-cum-televangelist in his life.

“When Aamir was alive, they were just asking for divorce and nothing else. They even said that they didn’t want a penny from Aamir but the moment Aamir died she started acting fake. The divorce was already accepted by Aamir a few days after Dania filed for divorce but she’s not accepting it now."

“We want justice. We want Dania to be arrested as soon as possible and she should be punished for her wrong deeds”, concluded Bushra.

Today we are going to file an application in FIA Cyber Crime against Dania Shah and her mother.

In June, Hussain was found dead under mysterious circumstances in his house in Khudadad Colony of the metropolis.