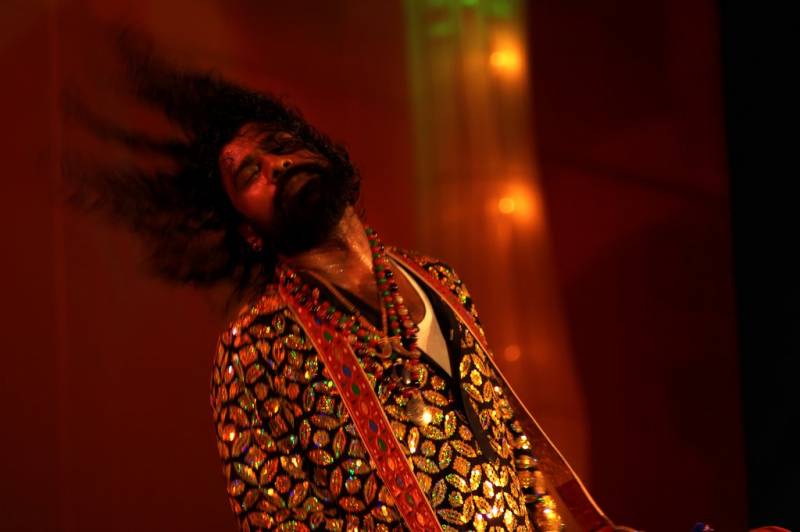 The celebrated dhol player Gunga Sain has passed away in Lahore due to a cardiac arrest.

The famous drummer has earned his fame because of his power-packed performance at the shrine of his ‘spiritual guide’ Baba Shah Jamal.

According to media reports, Gunga Sain will be buried in Thokar Niaz Beg Cemetery in Lahore.

The Sufi drummer has performed not only in Pakistan but also in many countries across the world.

Meesha Shafi paid her respects to the late artist, "Oh my God, what a picture Kohi Marri. RIP Gunga Saain. So many memories from my Overload days of yore."

Omg what a picture @KohiMarri

RIP Gunga Saain
So many memories from my Overload days of yore. https://t.co/t4aok8kyp1

Rest in peace Goonga Sayeen. The beat of his Dhol will resonate in every heart he touched with his smile n loving heart.

Moreover, the legendary dhol player is credited to introducing Sufi music to Britain, the United States and Germany with his unique and distinctive drumming style.

A piece of sad news for the music buffs as the legendary Punjabi folk singer Shaukat Ali passed away in Lahore on ...