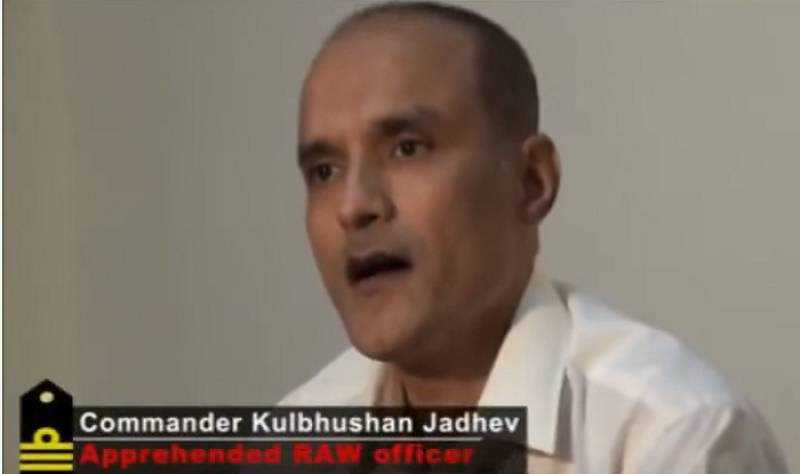 LAHORE (Staff Report) - While Pakistani investigators are thoroughly looking into the case of arrested officer of Indian intelligence agency RAW (Research and Analysis Wing), prominent Indian journalist Hussain Zaidi has confirmed the excerpts of Pakistani version of Kulbushan Yadav's story proving him once and for all an Indian spy.

Previously, an Indian statement, issued immediately after Pakistan announced Yadav's arrest from Balochistan, had confirmed that arrested person was an Indian national and former Indian Navy official. But, contrary to Pakistan's claim, Indian Ministry of External Affairs insisted that Kulbushan Yadav was not an official of Research and Analysis Wing (RAW).

Hussain Zaidi, who happens to be an investigative journalist working with top Indian newspapers and author of six books including one based on Mumbai mafias, has claimed that Kulbushan Yadav was probably issued a bogus Indian passport with cover name Husain Mubarak Patel -which happens in the most cases of spies.

The passport was said to have been issued from Thane Regional Passport Office (RPO) but his report quotes Thane police commissioner Param Bir Singh saying as "We have tried to establish the authenticity of passport but found no record about it and that no police report was ever filed about this passport." The commissioner is pretty much sure that Kulbushan Yadav was not only using a fake name to portray himself as an Indian Muslim businessman but the passport carried by him was also not obtained through formal way.

Zaidi believes that Yadav was held by Pakistani authorities in the beginning of February this year, as his family had lost communication with him since his last New Delhi visit which took place four months ago. Other local agents -who were said to be contacted in case Yadav was not accessible- are also missing and could have been arrested by Pakistani officials. The journalist also quoted unnamed officials of Mumbai Police to support his claims.

Discussing the possible reason which led to Kulbushan Yadav's arrest in Pakistan, the Indian journalist author says -with reference to Indian intelligence officials- the 12 years of experience in spy-world had given Yadav enough confidence to go careless in his communications with family. He started having long conversations with his family in Marathi language -which was enough to put him on suspicion list of Pakistan. Moreover the lifestyle of Yadav was also not comparable to any Muslim Patel businessman -as per claimed by his passport information.

Meanwhile Pakistan has also issued a confessional video of Indian spy, in which he clearly admitted to running a network of spies and insurgents in Balochistan and other provinces of Pakistan. He was being handled by the RAW chief, the Indian National Security Adviser -who also served as RAW chief earlier- and the Indian joint secretary, according to Pakistan Army spokesman.

“Kulbushan Yadav's main goal was to disrupt implementation of the historic China-Pakistan Economic Corridor (CPEC) project, with Gwadar port as an extensive target of activities,” Lt-General Asim Saleem Bajwa said while adding that "this is nothing short of state-sponsored terrorism… There can be no clearer evidence of Indian interference in Pakistan.”

In the confessional video, Yadav also confirmed that he had joined India’s National Defence Academy in 1987 ahead of joining the Indian Navy in 1991. “I am still a serving officer in the Indian Navy and due to retirement in 2022… After having completed 14 years of service,” he stated claiming that the statement was being recorded on his personal will without any pressure of Pakistani authorities.

In a separate development, Balochistan Chief Minister Sanaullah Zehri has claimed to have arrested at least 15 more agent  of RAW from his province, in raids based on the leads provided by Kulbhashan Yadav.

On March 24, Balochistan Home Minister Sarfaraz Bugti confirmed that the Indian Navy officer, Kulbushan Yadav, working as RAW's spy head in Pakistan was arrested by law enforcement agencies. The Indian spy was in contact with Baloch separatists and other militant organisations.

In the past Pakistan had provided proofs of Indian support of terrorism to the Indian authorities in a high-level meeting at Sharm-el-Shaikh, and also provided evidences of the same at the United Nations more recently.