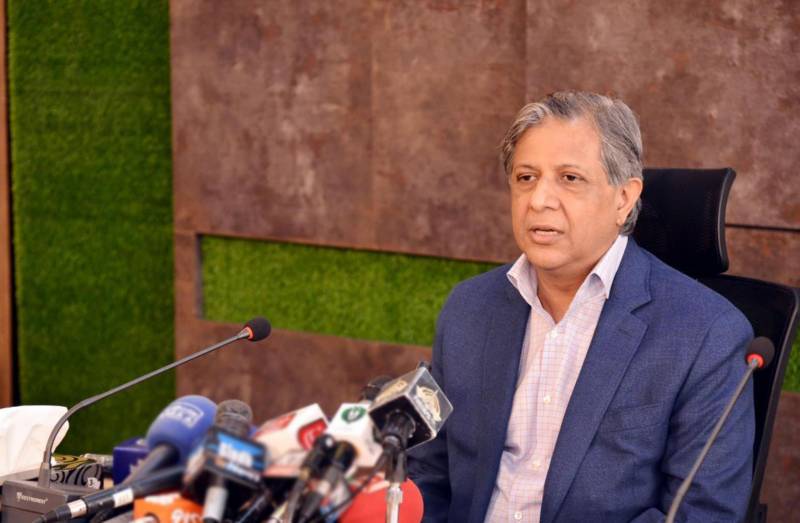 On Tuesday, the premier dismissed his resignation that he had submitted a month ago.

The Cabinet division shared a notification which cited that the prime minister has been pleased to allocate the portfolio of law and Justice to Senator Azam Nazeer Tarar, Federal Minister, with immediate effect. 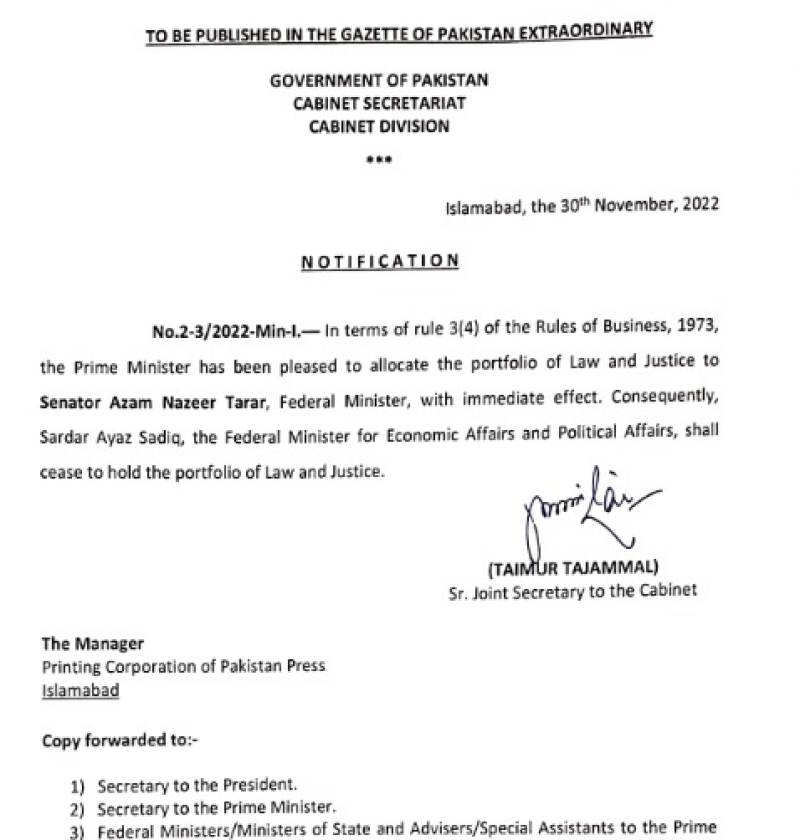 The development comes as the party’s senior delegation led by Finance Minister Ishaq Dar visited Tarar’s residence in the capital on Tuesday.

Tarar stepped down a day after participants chanted anti-establishment slogans while he was delivering a speech as chief guest. He was also criticized for not standing against the nomination of ‘junior judges’ for their elevation to the top court.

The senior PML-N leader earlier shared a social media post lamenting that a small group of people raised slogans against state institutions at the Asma Jahangir Conference. He mentioned that individuals involved in sloganeering had forgotten about the struggles and sacrifices of institutions.

The former senator is a senior leader of the Nawaz Sharif-led party, he is also a noted legal consultant and a bar representative. He was elected from the technocrat seat in Punjab in the Senate of Pakistan in March 2021.