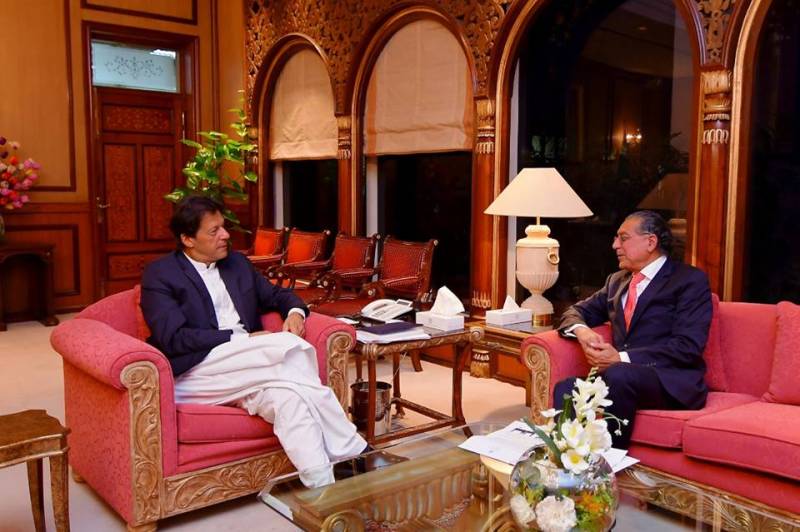 WASHINGTON - Pakistan appointed Ambassador Munir Akram as Permanent Representative of Pakistan to the United Nations in New York, in place of Dr Maleeha Lodhi on Monday.

Munir Akram had already served as Pakistan Permanent Representative to the United Nations from 2002-2008 after serving on a similar position to the UN in Geneva from 1995 to 2002.

According to a Foreign Office statement, Muhammad Aejaz, Additional Secretary (AIT) at Ministry of Foreign Affairs (MoFA) has been appointed as Ambassador of Pakistan to Hungary.

Khalil Ahmad Hashmi, presently serving as Director General (UN) at the MoFA has been appointed as Permanent Representative of Pakistan to the UN in Geneva.

Imran Ahmad Siddiqui, presently serving as Consul General of Pakistan in Toronto has been posted as High Commissioner of Pakistan for Dhaka, Bangladesh.

Major General (r) Muhammad Saad Khattak has been appointed as the High Commissioner of Pakistan to Sri Lanka.

Abrar Hussain Hashmi has been appointed as Pakistan’s Consul General in Houston, an MoFA statement said.

It has been an honour to serve the country & am grateful for the opportunity to do so for over four years. Representing Pakistan at the world’s most important multilateral forum was a great privilege. I had planned to move on after UNGA following a successful visit by the PM -1

The replacement of Lodhi comes a day after Prime Minister Imran Khan winded up his United Nations General Assembly (UNGA) tour wherein he raised the issue of Kashmir.