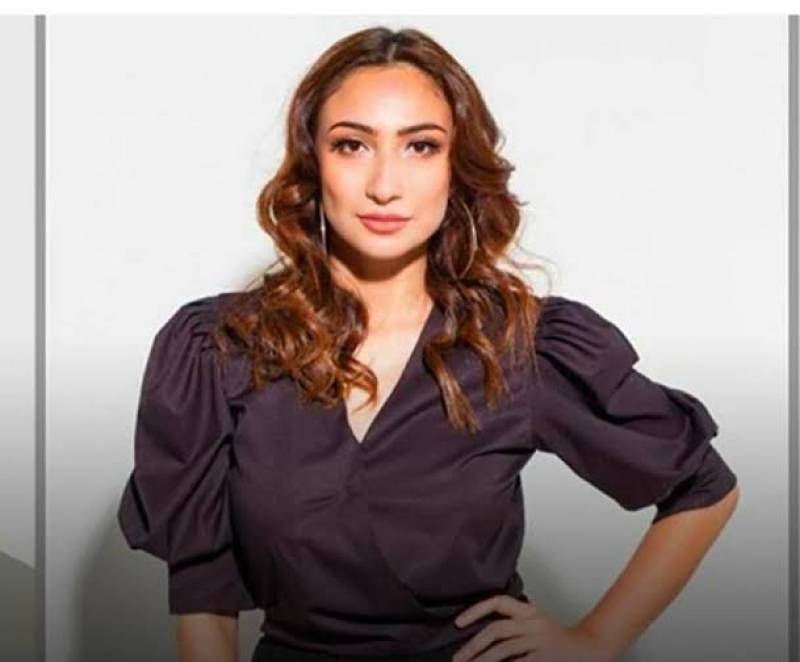 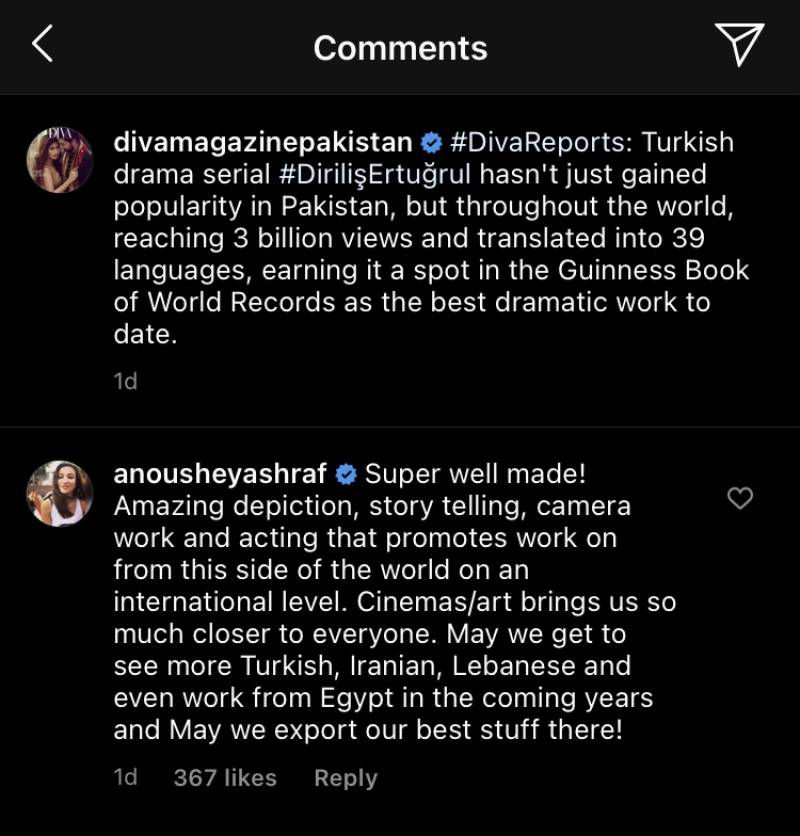 Turkish television series Diriliş:Ertuğrul recently earned a spot in the Guinness Book of World Records as the best dramatic work to date and Anoushey Ashraf is full of praise for the drama.

“Super well made! Amazing depiction, story telling, camera work and acting that promotes work on from this side on the world on an International level,” said the VJ-turned-actor.

She further added,” Cinemas/art bring us so much more closer to everyone.”

Ashraf also expressed her desire to see more work from other parts of the world as well.

“May we get to see more Turkish, Iranian, Lebanese and even work from Egypt in the coming years and may we export our next stuff there!” she concluded.

Diriliş: Ertuğrul has gripped the audience with its daring protagonist, cliffhangers and high production values.