“Will you shut up man!” Biden tells Trump at Ohio debate 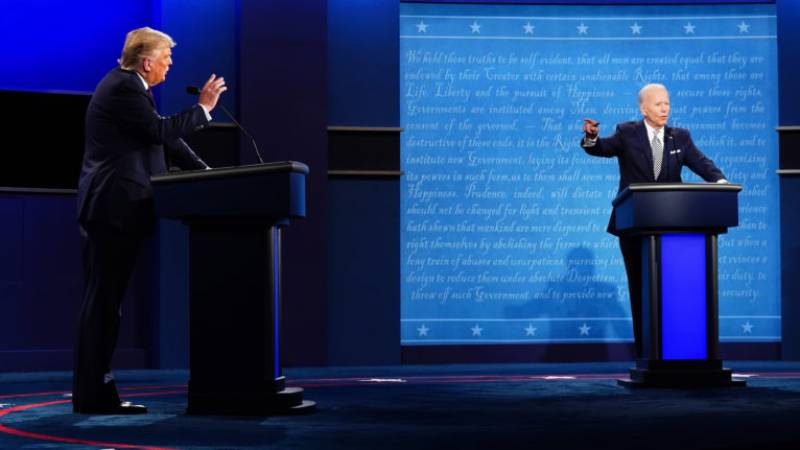 WASHINGTON – Democrat Joe Biden has told President Donald J. Trump to “shut up” after the later went on hard on the former in an opening debate in Ohio.

Both leaders gathered at Cleveland, Ohio, for an open debate.

However, due to the harsh words from both sides, the debate turned almost immediately into a shouting match 35 days ahead of the most-tense US elections in recent memory.

The debate was bad tempered as had been feared as President Trump yelled over his challenger and the Fox news moderator Chris Wallace alike. Contrary to the past, there was no handshake between the two leaders due to the Covid-19 restrictions.

Trump was as hard on 77-year old Biden as he had said earlier to do by saying “radical left had the centrist democrat”. Trump made Democrat leader angry by accusing one of his sons of corruption and telling him that there was nothing smart about the Democrat.

In response to Harsh words by President Trump, Biden also attacked Trump. He called him “liar, racist and clown. He also titled Trump as “puppy” of Russian President Vladimir Putin.

Trump loudly touted his economic record and went to target Biden’s son Hunter. At this, Biden while addressing Trump said: “Will you shut up, man!,”.