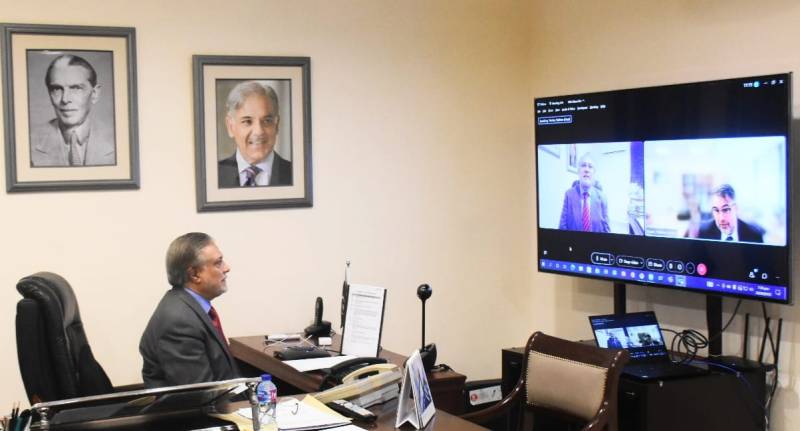 Dar briefed the IMF mission on the economic impacts of unprecedented floods that affect infrastructure, crops and livelihood.

He said the government would take measures to reduce the burden on the economy while protecting vulnerable sections after the worst calamity in recent memory.

Pakistan will its fiscal deficit and move towards sustainable growth, Dar claimed, adding the government is chalking out a strategy to address structural issues.

During the first interaction, Porter felicitated Dar and asked the finance minister about the specifics of any proposal to seek debt rescheduling from the Paris Club to whom Islamabad owes nearly 10 billion.

Earlier, IMF put several stern conditions for extended fund facility and the government increased the petroleum levy to Rs50 per litre on all petroleum products. Currently, it is charging Rs37.50 per litre.

Reports in local media said the mission of US based lender did not give any commitment, however mentioned that IMF was looking into the Pakistani request.