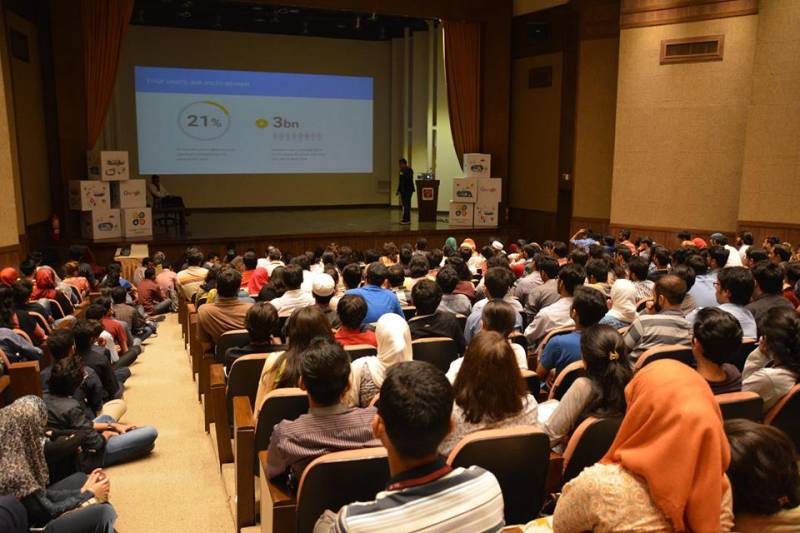 The speakers from Google were two young Pakistanis, Mr. Waqas Burney, Manager (Web) and Mr. Ahmed Nawaz, Manager (Apps) who have been working for the South Asia region, Google Singapore for over a year.

Initiating the tech-talk, Mr. Burney informed the audience that the users, advertisers and publishers can easily use AdSense which lets publishers earn money by showing ads on their websites and video. He said that content creators can earn anything from 100 to 50,000 dollars per month, Pro Pakistani reported.

Some inspiring case studies in form of videos were also shared with the audience to show the impact AdSense has made in the lives of ordinary people by empowering them financially.

Google AdMob was introduced by Mr. Ahmed. He shed light on what makes a great app and what do users require in an app.

Dr. Shakeel Khoja, Faculty Computer Science said that the tech-talk was a promising initiative of its kind and he hoped that Google will hold such informative sessions for the Pakistani youth in the future.

Google would be visiting universities in Lahore, Islamabad, Gujrat and Topi as well.

Below is the schedule of Tech Talks by Google in various universities: 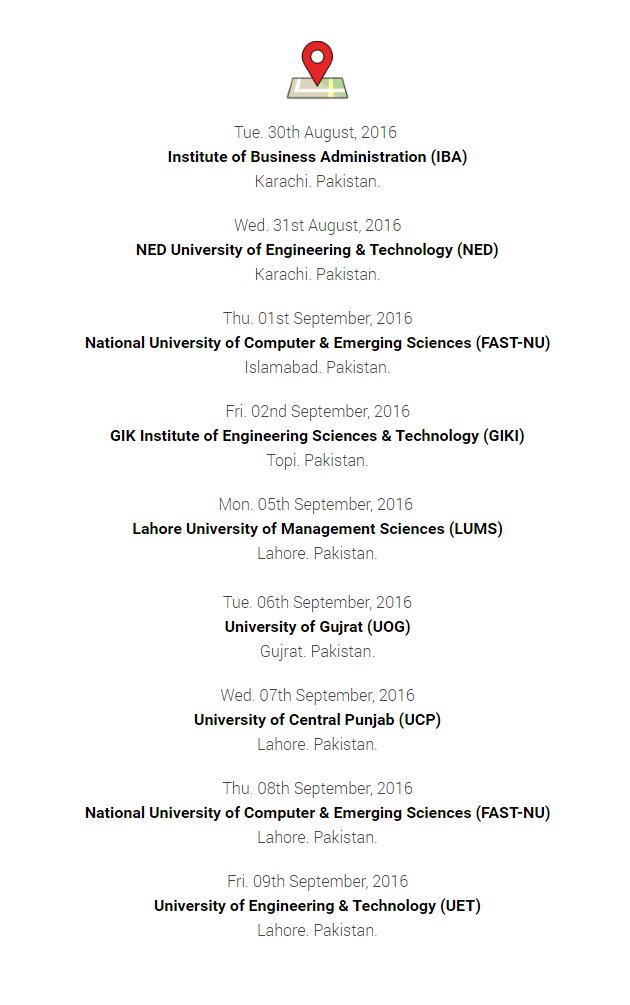