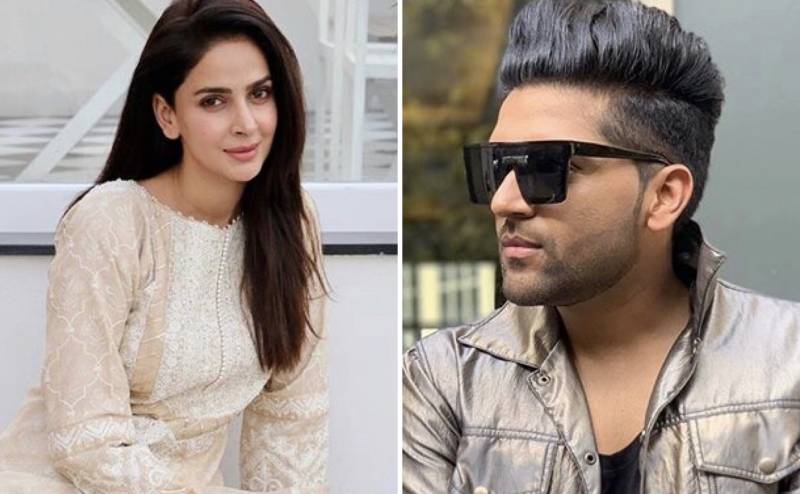 LAHORE- Saba Qamar extends her well wishes for a speedy recovery to Guru Randhwa, her friend and Hindi Medium co-star who was injured after an event where he was attacked by an audience member.

The Cheekh starlet took to Twitter to share her feelings, saying, "This whole incident is scary, and I am still in shock. Wish you a speedy recovery my dear friend. You’re a warrior. Lots of love @GuruOfficial #GuruRandhawa #SabaQamar"

This whole incident is scary, and I am still in shock. Wish you a speedy recovery my dear friend. You’re a warrior. Lots of love @GuruOfficial 💕#GuruRandhawa #SabaQamar pic.twitter.com/mdFswMLyBj

Singer-actor Guru Randhawa was recently attacked by a member of the audience when he was in Canada for a performance. The singing star, who was in Vancouver, all excited to perform for the audience, politely refused a man when he was trying to come on stage. While the said man’s attempts continued, he also ended up getting into a brawl with the crew. But it all ended up getting worse, when he punched Guru after the concert.

The singer's team posted a lengthy note on Instagram,along with a photo of a bruised Guru Randhawa, to share details of the unexpected fiasco in Canada: "Guru is back in India with four stitches on his right eyebrow and mega successful USA/Canada tour. The incident happened on July 28 in Vancouver when Guru told one Punjabi man not to come on stage while he was performing for the audience."

"That man was trying to come on stage again and again and then he started fighting with everyone backstage. He was known to the local promoter Surinder Sanghera who sent him away during the show. But at the end when Guru finished the show and was leaving the stage, that Punjabi man came and hit him hard on his face with a punch, because of which Guru started bleeding on the spot from his forehead above eyebrow and went back to stage and showed it to the audience," the Instagram post added.

The note also confirmed that Guru will no longer have any concerts in Canada.