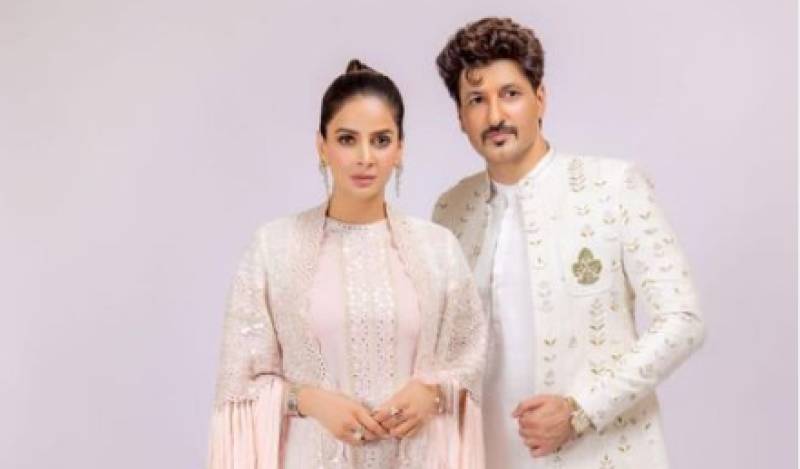 It is quite common for actors and actresses to fall in love while on set, and many celebrity couples seen nowadays started dating on a joint venture. Pakistani actor Syed Jibran and his co-star Saba Qamar are among this lot but their story took a different path.

The Ghabrana Nahi Hai actor sat down for an interview and shared a hilarious story about when he tried to woo one of his co-stars. Jibran stated that when he met Saba Qamar for the first time, they did not speak much. Although the actors have been friends for quite a long time, Jibran's wanted more than friendship.

"We were both filming a drama in Islamabad at the time when he convinced Saba to join him for a dinner date," he said.

He further added that when "I went to take Saba, she had already invited the entire crew to dinner. As a result, my plans were halted."

The dinner date didn't go as planned but Jibran found solace in Qamar and they became friends. For Jibran "it was all for the best," he suggested.

The Aitebaar actor said that "they would not have been as at ease with each other as they were in their latest project together."

Ghabrana Nahi Hai was released on Eid ul Fitr and did well at the box office.

Syed Jibran is a versatile actor whose impressive performances in a variety of roles earned him numerous accolades. Currently portraying two very different characters in Pehchan and Mere Humnasheen, the actor is praised for his dedication and talent.

Saba Qamar hails among the superstars of the Pakistani showbiz industry. She debuted with television dramas and rose to fame with her successful film and TV serial projects. Qamar's performance in Sarmad Khoosat's Kamli has been making headlines for the stellar performance she gave.