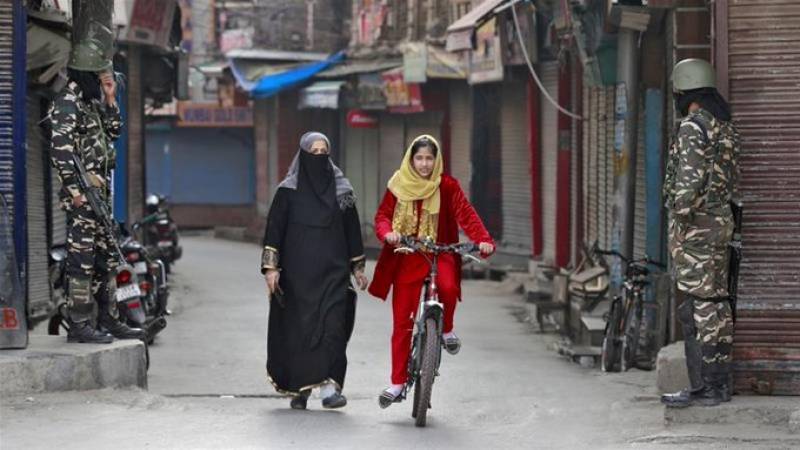 The Himalayan state comprises the Muslim-majority Kashmir Valley which is the bone of contention between Pakistan and India, the Hindu-dominated Jammu region and the remote, high altitude Buddhist enclave of Ladakh.

The step is a part of a controversial move announced in August to tighten the Indian government's control over the part of Occupied Kashmir it administers.

On August 5, Prime Minister Narendra Modi’s ruling Bharatiya Janata Party (BJP) scrapped the special provisions that had given Jammu and Kashmir its own constitution, a flag and the right to frame its own laws.

The provisions were granted to the state via the Indian Constitution’s Article 370, after Jammu and Kashmir’s Hindu king agreed to accede to India in 1947.

Under the new arrangement, Jammu and Kashmir has been clubbed as one union territory with some 12.2 million people and Ladakh, with a population of less than 300,000 spun off into another, both ruled directly by New Delhi.

Headed by a lieutenant governor appointed by New Delhi, the new Union Territory of Jammu and Kashmir will have its own elected assembly with a five-year term, but most powers will be retained by New Delhi.

Ladakh, a wind-swept high-altitude desert region that borders China, will be under the federal government’s direct administration with its own lieutenant governor.

Now, Jammu and Kashmir will have five representatives in India’s lower house, while Ladakh will send one representative to the parliament in New Delhi.

On the ground, the reorganization will significantly dilute the ability of Jammu and Kashmir representatives to govern their own affairs by making 106 federal laws applicable to the region, including India’s penal code.

More than 150 laws made by the state government will also be repealed, and amendments made in seven other laws. Among those will be provisions that will lift prohibitions on leasing land to persons who are not permanent residents of Jammu and Kashmir.

Restrictions under Section 144 are in place since August 5. Public transport is off the roads and train service remains suspended.