'Ilzam' Khan's time is up: Nawaz Sharif lashes at PTI chief in Swat 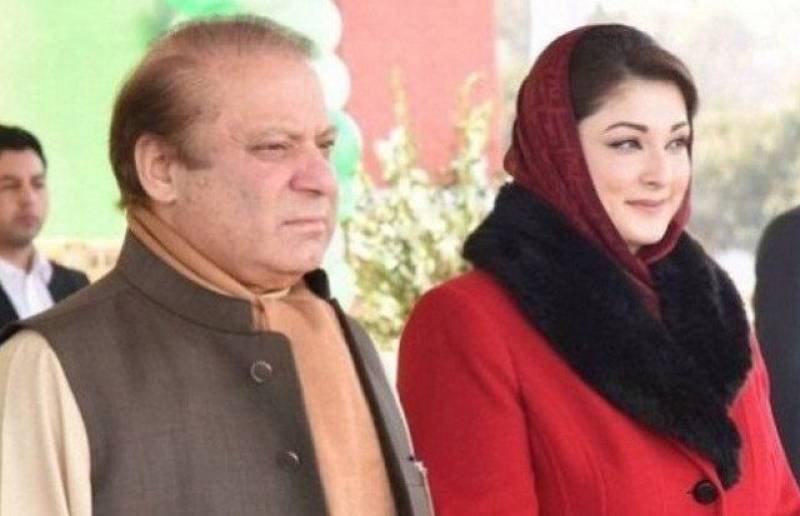 The PML-N leader was addressing a public gathering in Swat on Sunday.

In his address, Nawaz while calling Imran Khan ‘Ilzam Khan’, said that the Pakistan Tehreek-e-Insaf chief will be ousted from the province as people have vowed to bring change.

Nawaz said that Imran’s government did nothing in the province. “Has any school changed here? No new schools have been constructed here,” said the former prime minister.

“If anyone has filled their pockets with your money, then Amir Muqam is about to come here and retrieve your money,” said Nawaz.

The former prime minister alleged that the PTI chairman has usurped the money of his aide Jahangir Tareen, who he referred as ‘Imran’s ATM’.

Nawaz Sharif said that if people of the province wanted to witness development they should go to Punjab.

“People say that Nawaz’s narrative has gained popularity,” she said, adding that the former prime minister’s narrative was based on truth and against injustice.

Maryam, in her speech, reiterated that Pakistan Tehreek-e-Insaf Chairman and Pakistan People’s Party co-chairman have colluded, calling them ‘brothers’.

She said that whatever happened to the votes given by the masses 'was a mockery of Pakistan's law and Constitution'.

She said that when Khyber Pakhtunkhwa was surrounded by issues such as floods and dengue outbreak, Imran Khan was nowhere to be seen.

Maryam claimed that conspiracies are being hatched against the vote, adding that Imran and KP ministers are being used as pawns.

The PML-N leader said that former military ruler Pervez Musharraf violated the constitution and imposed emergency, which also disgraced the sanctity of the vote.

The preparations for the rally were completed earlier in the day and at least 25,000 chairs were set up at the rally site, according to the organisers.

The supporters and workers reached the venue, whereas Nawaz and Maryam reached Swat around 1:30 pm. They arrived at the house of local PML-N leader Amir Muqam, who hails from the region.

The three-time prime minister and his daughter have been criticising the judiciary following the disqualification of former in the Panamagate verdict. Nawaz Sharif and his family members are also facing corruption trial following the verdict.

On March 28, Nawaz Sharif sought the action of Chief Justice of Pakistan Mian Saqib Nisar regarding the pending 1.8 million cases as he compared the backlog with the visits of the top judge to public sector departments.

Talking to newsmen outside the accountability court in Islamabad on Wednesday – where he appeared regarding the graft references filed by National Accountability Bureau – Sharif expressed that he was not sure, however, the motive behind the visits of CJP to inspect hospitals apparently seemed to be targeting the Sharif family.

He cautioned that the CJP should do what he is required to do and shouldn’t interfere with what was not his work.

‘The role of the executive has been eclipsed by the suo-moto notices which amount to trespassing on the authority of the executive’ observed the former premier as he fired a broadside at the hospital inspections of the supreme court judge.