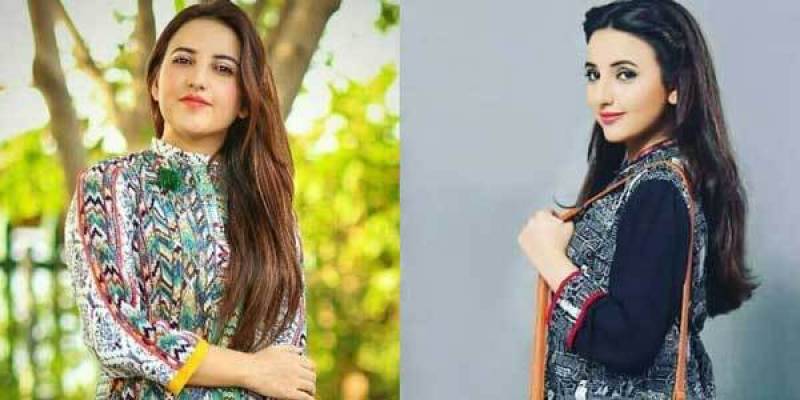 LAHORE - Popular Pakistani TikTok star Hareem Shah might be hosting a 2020 Ramzan transmission according to a tweet she made earlier this week (on Monday).

Hareem Shah and her friend Sundal Khattak has made quite a name for herself, not just with her TikTok videos but many video leaks that included private calls with many Pakistani politicians like Sheikh Rashid.

Hareem Shah took to Twitter to tell her fans that she had been approached by a leading TV channel to host their 2020 Ramzan transmission although she did not reveal the name of the channel and asked her fans whether they want to see her as a host.

Let's have a look at some of the reactions to Shah's post, mixed comments are being observed by the social media users:

In the past, Hareem Shah has had a lot of controversial video leaks involving Pakistani politicians and Sheikh Rashid isn’t the only one. Fayyaz ul Hassan also had a recording of his call with Hareem leaked online that became trended for a while. She was also deported from Dubai when she fled there trying to escape these controversies and another video with a local Sheikh was leaked of Hareem Shah with her friend Sundal Khattak.

Also, Hareem was being discussed on media to such a extend that at the Pakistani politician Fawad Chaudhry and Mubashir Lucman had once ended up in a brawl at a wedding over her and Lucman ended up getting slapped by Chaudhry amid their heated argument.

The famous TikToker Hareem and her friend Sundal Khattak at one point became such a big story that over 500 petitions were made in the Lahore High Court (LHC) to ban TikTok entirely as people thought that it was poisoning our youth.