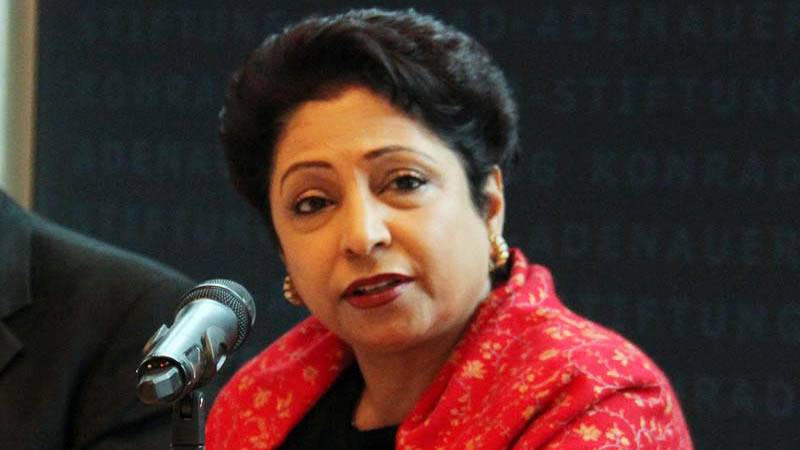 NEW YORK - Pakistan has criticised UN Security Council's inaction to resolve the Israeli-Palestinian conflict, which it deems essential for peace and stability in the Middle East.

Speaking in the General Assembly in the debate on “The Question of Palestine”, Pakistan’s Ambassador to the United Nations, Maleeha Lodhi said that inaction by the Security Council has not only undermined its own credibility but has also weakened the ideals that the organisation espouses. These, she said, includes ideals of human dignity, of peaceful coexistence based on sovereign equality of all nations and of the right to self-determination of all peoples.

Resolution of the Palestinian-Israeli issue is also essential to address some of the drivers of extremism and terrorism, she said. “It is this conflict that has contributed most significantly to the anger and frustration in the Arab and the Islamic world”, she added.

Assailing the lack of progress in resolving the issue, Ambassador Lodhi said that many countries, including Pakistan, have steadfastly supported the Palestinian cause. But a few, she said, who have the capacity to bring about material change, lack the will to do so. “Renewed demands for recognition of the State of Palestine are a clarion call that must be heeded”.

She emphasised that a resumption of meaningful and result-oriented negotiations was the only way forward and that lasting and sustainable peace in the Middle East needs bold decisions.

“The Security Council should live up to its obligations and responsibility, and summon the political courage and vision to adopt a resolution, with parameters and timelines to end occupation”, she added.

The Pakistani envoy condemned the continued spread of illegal Israeli settlements on Palestinian lands, the blockade of Gaza, the provocations around the Holy Al-Aqsa Mosque and the continued imprisonment of Palestinians. She said, “These are all real and present obstacles to a two-state solution”.

Highlighting the plight of Palestinians, Ambassador Lodhi said that the 5.2 million Palestinian refugees, forcibly displaced from their homes nearly 70 years ago, and denied their inalienable right to return, are a travesty of justice and morality. Their right to return is pivotal to the vision of a peaceful and stable Middle East.

Ambassador Lodhi concluded by reiterating Pakistan's unwavering solidarity with the people of Palestine. She also called for an end to the constant delays in the realisation of the legitimate and inalienable rights of the Palestinian people, which is an essential prerequisite to sustainable peace in the Middle East.