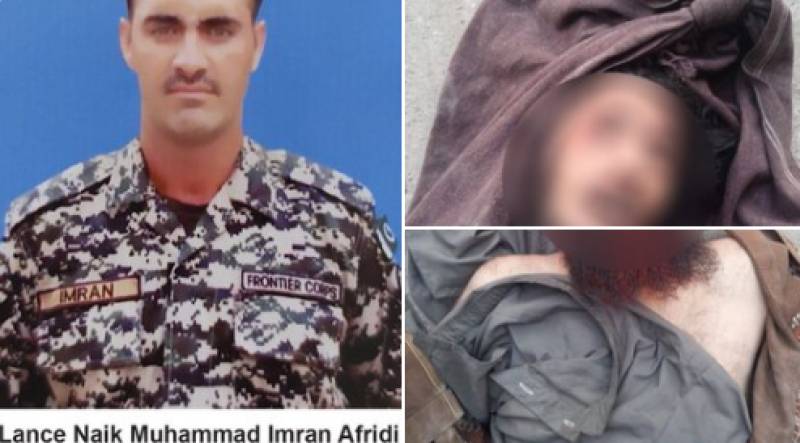 RAWALPINDI – A Pakistani soldier has embraced martyrdom while two others got injured in a terrorist attack at an Army post in North Waziristan on Sunday evening, according to the military’s media wing.

During exchange of fire, two terrorists were gunned down by Pakistani troops, the director general of Inter Services Public Relations (ISPR) said in a tweet on Sunday evening.

The martyred soldier has been named as Lance Naik Muhammad Imran Afridi of Frontier Constabulary-Khyber Pakhtunkhwa.

Earlier this month, three soldiers of the Pakistan Army were martyred in an improvised explosive device (IED) blast in the tribal district.

The martyred soldiers were a part of the army's patrolling team. One other soldier was also injured when the IED went off, the ISPR statement said.

The martyred soldiers were identified by the ISPR as Sepoy Sajid, Sepoy Riyasat and Sepoy Babar.

Pakistani forces have also conducted a series of operations against militant groups in the tribal districts of Khyber Pakhtunkhwa over the years. While officials say the area has largely been pacified, small attacks continue to take place.