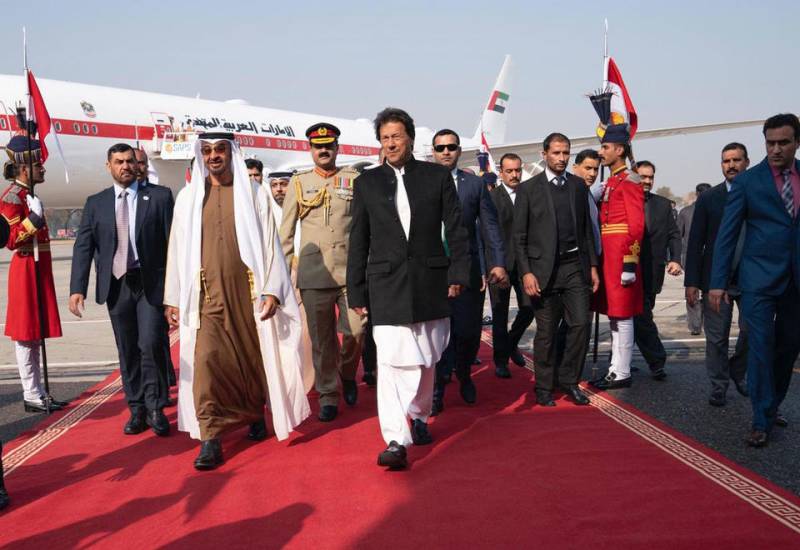 ISLAMABAD – Abu Dhabi Crown Prince Sheikh Mohammad bin Zayed Al Nahyan is expected to visit Islamabad on Thursday (tomorrow) on a day-long official visit "to further strengthen the bonds of friendship between the two brotherly countries", according to a statement by the UAE Ambassador.

Sehikh Khalifa bin Zayed Al-Nahyan is second President of UAE and 16th ruler of Abu Dhabi. During the visit, the crown prince will hold a meeting with Prime Minister Imran Khan "to discuss the ways to enhance bilateral relations between the two countries.”

In addition, views on "matters of mutual interest and the regional and global situation" will also be discussed.

Reports in local media say the guest will likely take Pakistani leadership into confidence over the issue of Kuala Lumpur Summit.

Malaysia had hosted “Kuala Lumpur summit” in December. But, Pakistan—the only atomic power in the Muslim world, pulled out of the Kuala Lumpur Summit to maintain 'neutrality'. PM Imran initially confirmed his participation in the summit but had to change the decision after being approached by Saudi Arabia and United Arab Emirates (UAE) voicing their concerns over Pakistan’s participation.

KUALA LUMPUR – Malaysia on Wednesday kicked off a four-day summit in to discuss issues being faced by the Muslims ...

Later, Turkish President Recep Tayyip Erdogan said that Pakistan failed to take part in Kuala Lumpur summit because of Saudi Arabia's threats of economic sanctions. According to Turkish media, Erdogan said: “It was not the first time that Saudi Arabia and the United Arab Emirates had put pressure on a country for doing or not doing certain things.”

He also said: “Unluckily, we see that Saudi Arabia pressures Pakistan. Now, there are promises that the country has given to Pakistan regarding the central bank. However, more than that, there are four million Pakistanis working in Saudi Arabia. They threaten by saying that they would send Pakistanis back and re-employ Bangladeshis instead,”. Saudi Arabia, he said, has also threatened to withdraw money it had deposited in the State Bank of Pakistan.

President Erdogan said that Pakistan had to comply with the Saudi wishes "due to its economic difficulties".

However, Pakistan denied allegations of Saudi’s pressure for non-participation in Kuala Lumpur Summit.

ISLAMABAD - Pakistan clarified on Friday that it has skipped the ongoing summit of several Muslim countries in Kuala ...

The UAE crown prince's visit, which is part of growing exchanges between Pakistan and Arab countries, will take place less than a week after Emirati Minister for Tolerance Sheikh Nahyan bin Maba­rak Al-Nahyan met the premier and President Arif Alvi to discuss possibilities of expanding bilateral ties.

The UAE crown prince had last visited Pakistan on January 6 in 2019, just weeks after his country offered $3 billion to support Pakistan's battered economy.