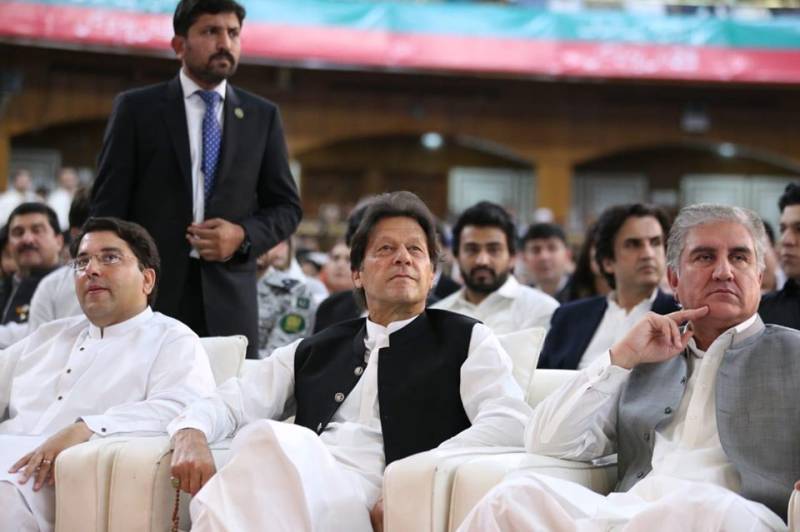 ISLAMABAD - Prime Minister Imran Khan emphasized on Wednesday that no military General propelled Pakistan Tehreek-e-Insaf into power as the party performed own its own.

Addressing the party workers, ministers and loyalists at the Convention Centre in Islamabad, the PTI supremo expressed that no General Jillani brought the PTI up, in a reference to the alleged ascension of former premier Nawaz Sharif in power.

In his address made regarding the 23rd foundation day, the premier highlighted that PTI did not assume power through shortcut adding that struggle is never a straight journey.

"It's been 23 years since PTI was founded and we need to understand what this struggle was about. Struggle is never a straight journey, there are highs and lows. People get disheartened and leave you, [and] some come back." Khan said.

The cricketer-turned-permier told the audience that he had nothing to gain from politics as he had everything a person could have — wealth, fame, respect.

"This country was progressing swiftly when I was growing up. Our leaders were respected by the world. But then this respect began to fade because those in power started caring about their own interest instead of thinking about the country," Imran Khan observed.

Quoting the success stories of Malaysia and Singapore, he emphasized the importance of implementing the principles of the state of Madina in Pakistan.

Highlighting his political struggle, Imran said the PTI was initially written off after some of its members got disheartened and left the party.

The PTI was formed by Imran Khan in Lahore on April 25, 1996, however, the foundation day was commemorated with Imran Khan's address.