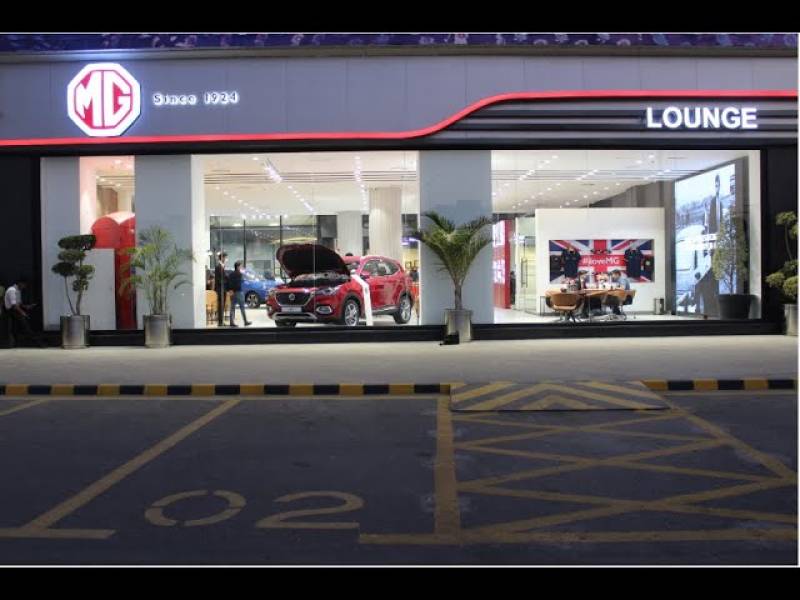 LAHORE – Punjab police have released the showroom manager and two guards of an automobile company after a brief arrest as no assault was 'proven' against the accused persons.

Reports in local media quoting sources said the police in the provincial capital did not find any involvement of MG employees as the man reportedly succumbed due to the cardiac arrest.

As law enforcers failed to find any assault on the deceased, contrary to the complainant’s allegations, some reports claimed that the accused were released following the pressure from influential persons despite the serious allegations other than the public outcry.

Earlier, it was reported that a case was lodged against the employees of MG Motors who allegedly confined and tortured the elderly customer who visited the showroom to inquire about the delivery of his vehicle.

The FIR was registered on the complaint of the driver of deceased Ghulam Hussain, who accompanied his boss and was also an eye witness of the incident, in the factory area of the provincial capital.

The complainant mentioned that his employer, Mr. Gondal, had booked the car with MG Motors Lahore back in February this year and visited them after the company informed him to take the vehicle delivery.

The failure to deliver the vehicle sparked a heated argument between the two sides and he left the premises following the commotion and brawl. He mentioned manager, Zubair Ahmed, along with security guards confined the vehicle and didn’t allow them to leave.

The complainant said his employer got fainted during the brawl while nobody allowed him to leave the spot despite multiple requests. Adding that, the son of the deceased man also rushed to the mall upon being informed while the man passed away on the spot. Mr. Gondal was shifted to Ittefaq Hospital in an unconscious condition where doctors pronounced him dead, the FIR stated.

Earlier, MG officials, narrating their side of the story, said the deceased got infuriated after hearing about a brief delay in delivery of his vehicle and slapped the manager of the MG showroom at the Packages Mall twice.

Officials also added that the 55-year-old was fleeing after hitting the MG manager when the Packages Mall security stopped him. He however said the security let him go when his driver told them that his health was deteriorating because he didn’t have the inhaler with him.

The automobile officials also added that the deceased was taken to Ittefaq Hospital by a Rescue 1122 ambulance where doctors said he died from natural causes and not due to any physical torture.