Pakistan Army soldier martyred in another terror attack from inside Afghanistan 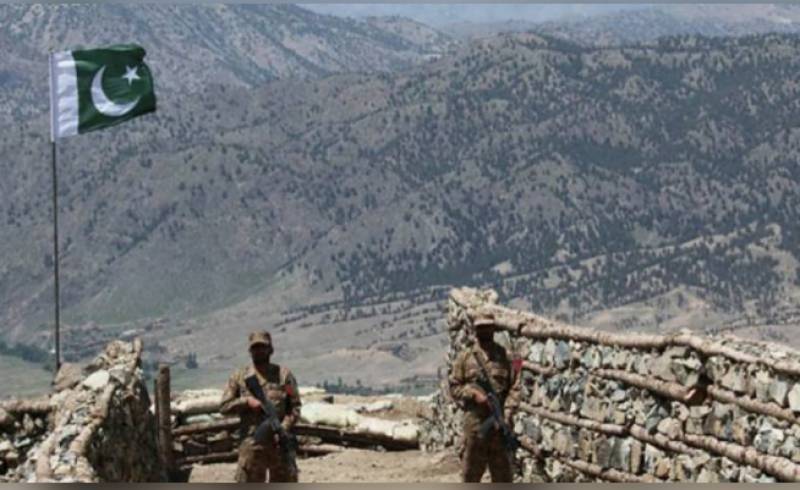 RAWALPINDI – A soldier of the Pakistan Army was martyred in another cross-border attack from Afghanistan in the Kurram district of Khyber-Pakhtunkhwa, the military’s media wing said on Friday.

In a statement, the Inter-Services Public Relations (ISPR), the militants opened fire on Pakistani soldiers in the general area of Kharlachi in Kurram district around 15km southwest of Parachinar.

During the exchange of fire, Sepoy Jamshed Iqbal, a 27-year-old soldier, having fought gallantly, embraced martyrdom.

The Army’s media wing further condemned the use of Afghan soil by terror groups against Pakistan and expects that the interim Afghan government will not allow the conduct of such activities, in the future.

Pakistan Army is fully determined to defend its borders against the menace of terrorism and such sacrifices of brave soldiers further strengthen the resolve, ISPR reiterated.

ISLAMABAD – Prime Minister Shehbaz Sharif raised concerns over the use of Afghan soil by terrorists for ...

Taliban-led government has turned a blind eye to terror activities of TTP operating out of Afghan sanctuaries since seizing power in the war-torn nation; Kabul however refused claims, saying their territory will not be used against any other country nor does any armed group currently have a presence in Afghanistan.

RAWALPINDI – At least three Pakistani soldiers have been martyred due to firing from neighbouring Afghanistan in ...