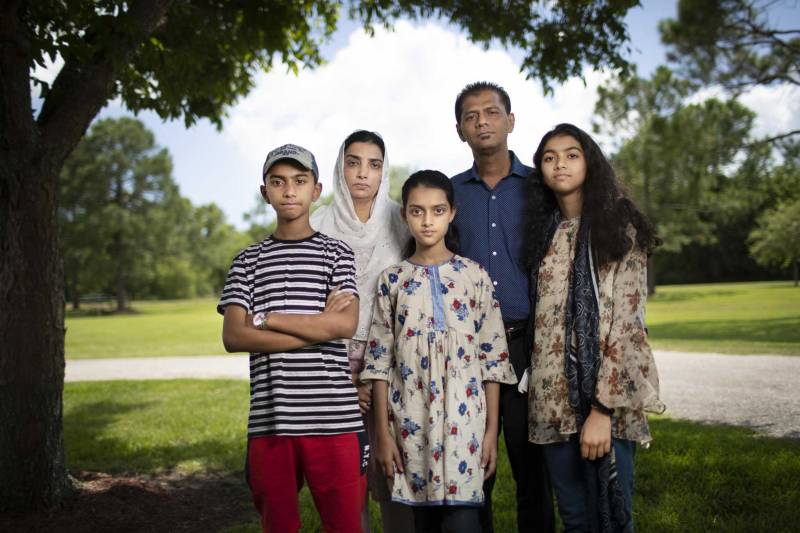 NEW YORK – The parents of Sabika Sheikh, a Pakistani exchange student who was killed in the deadly mass shooting in a Texas high school two years ago, have started a foundation to keep her memory alive through providing university scholarships to low-income Pakistani women, according to a report in The Houston Chronicle.

Sabika, 17, was among the 10 people killed in the 18 May 2018 shooting at Santa Fe High School near Houston, Texas. Thirteen others were wounded.

Her parents, Abdul Aziz Sheikh and Farah Naz, have created the Sabika for Peace Foundation to expand educational opportunities for those most in need, the Chronicle said.

"I'm always worried that we might forget (Sabika)," Farah Naz, the mother, told The Houston Chronicle during a Zoom interview with the family from their Karachi home.

"But starting this foundation I know this is impossible. I know if I continue working with foundation, she will always be with me." The foundation is a partnership between the Sheikh family and several prominent nonprofit organizations, including the Everytown for Gun Safety Support Fund and the American Council for International education (ACIE), the report said.

ACIE, the American Institute for Foreign Study and the International Education and Resource Network are providing a seed grant of $300,000 to establish the foundation, which will support programmes to "honor Sabika's memory," including by providing scholarships to fund university studies for low-income Pakistani women, particularly those with civic engagement aspirations.

Naz, Sabika's mother, said that ACIE representatives approached the family prior to the coronavirus pandemic with the idea of honouring Sabika's legacy through an educational foundation. While the pandemic presented some obstacles in getting the organization off the ground, in part because the academic year in Pakistan was postponed, the hope is that the foundation will be prepared to give out scholarships whenever Pakistani schools reopen.

"I'm always worried that we might forget (Sabika)," Naz said during the Zoom interview. "But starting this foundation I know this is impossible. I know if I continue working with foundation, she will always be with me." The Sheikh family said the scope of the foundation will target scholarships for universities in Pakistan for now, but will eventually expand to offering exchange opportunities for American schools "so that the connection and ties" with the United States continues, said Sania Sheikh, Sabika's sister.

The new foundation will be led by a board of directors, which will include representatives from the Sheikh family as well as four independent directors selected by the family in consultation with the partnering organizations. Everytown for Gun Safety, which is representing Sabika's parents in two civil lawsuits against the accused Santa Fe High School shooter's parents and an online ammunition dealer, will maintain an advisory role with the foundation.

Sabika Sheikh came to Santa Fe High School in August 2017 as a youth ambassador with the State Department-sponsored Kennedy-Lugar Youth Exchange and Study programme, which provides scholarships for secondary school students from countries with significant Muslim populations to spend one academic year in the United States.

She excelled academically and threw herself into the American teenage lifestyle, volunteering at the local library, dressing up as a pirate for Halloween, keeping score at baseball games and attending graduations, according to the report. At the time of the shooting in May 2018, Sheikh was weeks away from returning home to her family in Karachi.

Her sister, Sania Sheikh, said that despite Sabika's distance from her family and the inherent difficulties being a young Muslim girl living in a small, rural, politically conservative Texas community, she believes Sabika cherished her school year in the United States.

"I think my sister spent the best days of her life in America," Sania was quoted as saying.