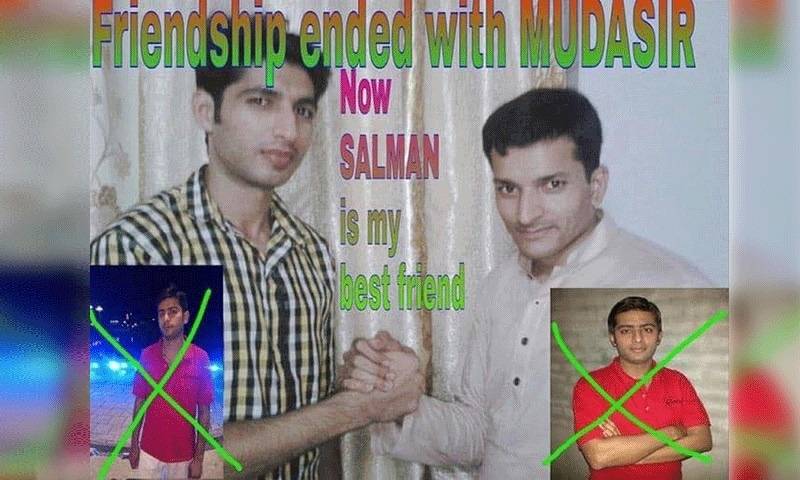 'Friendship ended with Mudasir’, one of the most viral memes to hit social media from Pakistan, has been auctioned for 20 Ethereum tokens (equal to $51,776 in price).

The meme has been auctioned by an online platform owned by a Lahore and London-based startup called Alter.

Originally a photoshopped graphic by a Gujranwala man named Muhammad Asif Raza Rana, the meme was posted on Facebook in 2015 and it went viral immediately. Later, it caught the attention of international social media users.

The meme narrated the story of Rana finding a new best friend in Salman Ahmad Naqash and taking away the title from Mudasir Ismail Ahmad, who had been Rana's best friend until then. Rana cited reasons like selfishness, excessive pride and attitude for the breakup with Mudasir.

"Those who shows (sic) me attitude, I keep them under my foot," Rana wrote in the caption.

The announcement-turned-meme has now been auctioned on Foundation, the world’s largest platform for NFT listings, according to Zain Naqvi, Alter’s co-founder.

“It is a life-changing moment for the creators,” Naqvi said, explaining that proceeds from the auction will be shared by the Foundation, Alter and Rana, with the latter getting the largest share.

Despite Rana's public demotion of Mudasir in the pecking order, his live stream on Facebook after the auction showed that they were still friends all those years. "We all are together and we meet at times as well," he said.

Regarding the auction itself, Rana said: "I am very very thankful to all bidders who put the big bids on our Friendship Ended message.”