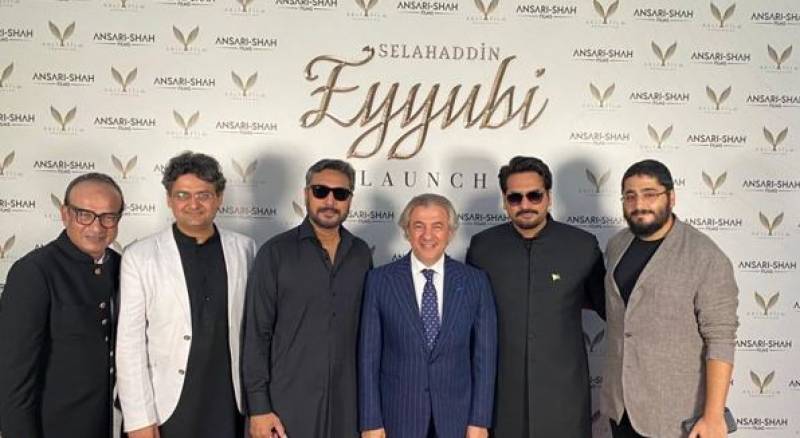 A newly-aired Pakistani-Turkish drama series based on the life of the great Muslim ruler Selahaddin Eyyubi is likely to set another popularity record after a huge success of the Ertugrul series in Pakistan.

The series is produced by Humayun Saeed, Adnan Siddiqui, Dr Junaid Shah and Dr Kashif Ansari of Pakistan and Emre Konuk of Turkey.

Pakistan’s Ansari and Shah Films and Turkey’s Akli Films signed a contract to jointly produce a TV series on the Muslim general.

The series was released on July 30, 2022 and revolves around the life of the great Muslim General who was the founder of the Ayyubid dynasty. Selahaddin led the Muslim military campaign against the Crusader states in the Levant. He was an important figure in the Third Crusade.

The collaboration between the two countries is paving the way for a stronger bond as both nations share strong diplomatic ties and Islamic roots. The message conveyed in the series too brings a positive message to the younger generation.

Lollywood superstars Humayun Saeed, Adnan Siddiqui and Ayesha Omar have been storming the internet ever since they were ...

Pakistani superstar Humayun Saeed has finally unveiled the latest update regarding the upcoming collaboration between ...