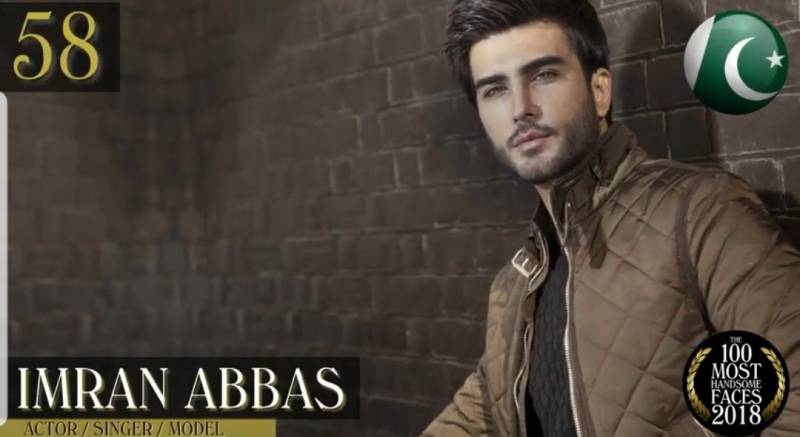 ISLAMABAD – Pakistani actor Imran Abbas has been named in the list of ‘100 most handsome faces of 2018’ by TC Candler.

Imran Abbas, 36, was ranked at 58th number in the list. He is the only Pakistani to have made it to the list.

In a tweet message, Imran Abbas said, “It always gives me a sense of pride to represent my country and being recognized internationally”.

It always gives me a sense of pride to represent my country and being recognised internationally.

So the final list of "The most handsome men in the world 2018" by TCCandler is out.

He also thanked TC Candler for this acknowledgement.