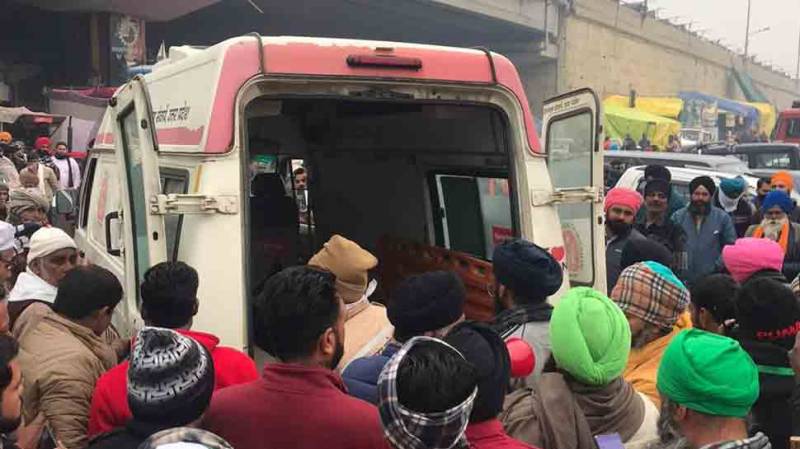 NEW DELHI - A farmer, protesting against Centre's three farm laws at the Ghazipur border which connects Delhi and Uttar Pradesh, committed suicide by himself inside a toilet.

Reports in Indian media said the farmer, identified as Sardar Kashmir Singh Ladi, from Uttarakhand's Bilaspur, left a suicide note behind in which he accused the government in the Centre of not paying attention to farmer's demands and being responsible for their current condition.

The 75-year-old, was popularly known as as "Bapu" among farmers.

According to Bharatiya Kisan Union (BKU) leader, Rakesh Tikait, the deceased farmer, in his suicide note, wished to be cremated at the protest site.

In mid-December, a priest from India’s Haryana's Karnal died by suicide near the Singhu border in Delhi. According to his suicide letter, he shot himself in solidarity with the farmers protesting against three new farm laws.

Scores of agitating farmers have been protesting at various Delhi borders against the three new controversial farm laws even as their protest entered day 38th on Saturday.

NEW DELHI – Farmers in India have begun their nationwide strike over amid large-scale protests and clashes over ...