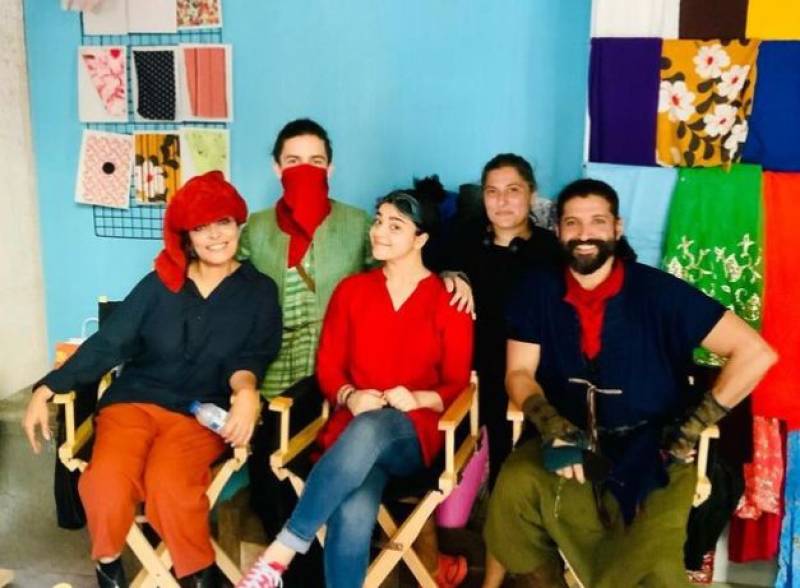 The talent powerhouse has shared the thought process that went into recreating the train station scene at the time of the Indo-Pak partition in episode 4.

Chinoy was one of the four filmmakers who were roped in to helm the latest Marvel offering, the story of Pakistani-American superhero, Kamala Khan.

She recently shared a video titled "Recreating the partition of 1947", describing it as "one of the greatest migrations in human history" that had "millions of families displaced on both sides of the border".

"I have been involved in collecting oral histories of the 1947 partition for the better part of two decades — to be able to bring those stories to life for Ms Marvel was truly special," she captioned the post.

"I wanted Kamala to hear those actual conversations when she landed in Partition. I wanted her to feel the anguish that the families were feeling as they were uprooted leaving their homes, their friends, the life that they knew, never to return again."

The new episode of the show also introduced Bollywood star Farhan Akhtar as Waleed and Aramis Knight as Kareem. While some fans were thrilled to watch Akhtar, others were furious over lesser screen time given to him.

Moreover, Mehwish Hayat has debuted in the Marvel Cinematic Universe as Kamala Khan's (Iman Vellani) great grandmother Aisha. The audience gets to see Mehwish sharing the screen with Nimra Bucha in episode three of the show.

Marvel Cinematic Universe’s Ms Marvel, a web series portraying the first Muslim and Pakistani superhero, is making waves across cultures. A special cinema format version of the six-episode series has been created for Pakistan in three parts.