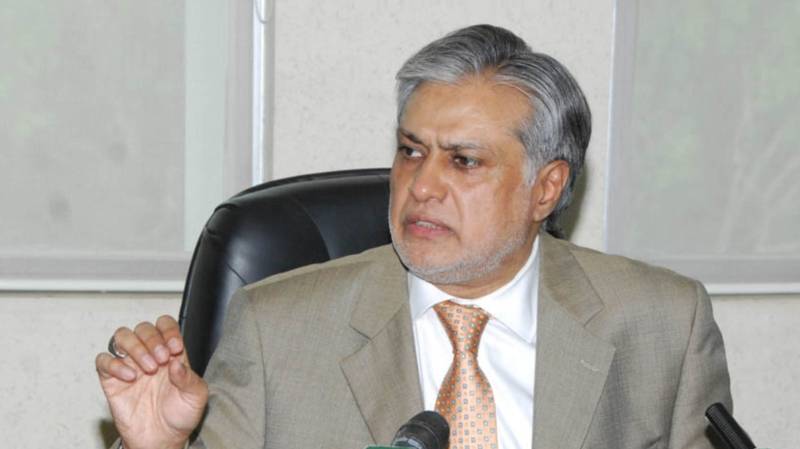 ISLAMABAD (APP) - The government has successfully reduced the fiscal deficit to 3.4 percent of Gross Domestic Product (GDP) during the first nine months of the current fiscal year, said Minister for Finance and Revenue Senator Ishaq Dar at a press conference on Thursday (today).

The budget deficit was 3.8 percent of the GDP during the corresponding period of last year, added Dar while presenting the findings of the Economic Survey for the current year.

The reduction in the fiscal deficit, according to the Economic Survey for 2015/16, can be put down to a 10.4 percent growth in total revenue, including a 20.2 percent increase in tax revenue.

The survey also showed a healthy provincial surplus of Rs. 221.2 billion, which had also helped in maintaining the fiscal deficit at a healthy 3.4 percent of GDP.

According to the consolidated revenue and expenditure statement given in the Survey, total revenue witnessed a growth of 10.4 percent and stood at Rs. 2,961.9 billion during July-March, 2015-16 against Rs.2,682.6 billion in same period last year.

According to the Economic Survey, this growth was fueled by a considerable rise in provincial tax revenue, which registered a growth of 28.6 percent during the first nine months of this fiscal year.

On the other hand, federal tax revenue grew by 19.6 percent, while FBR tax collection grew by 18.5 percent.

During the first nine months of FY 2015/16, FBR tax collection stood at Rs.2,103 billion against Rs.1,775.1 billion in the corresponding period last year.

As a percentage of GDP, federal tax revenue stood at 7.1 percent against 6.5 percent in the first nine months of FY 2014/15 of last year.

Wholesale Price Index (WPI) during July-April of FY 2016 recorded a decrease of 1.29 percent against an increase of 0.03 percent in the same period last year.

The Economic Survey explained that inflation had been contained during the current fiscal year due to better supply of essential items and regular monitoring of prices and supply chain by the National Price Monitoring Committee.