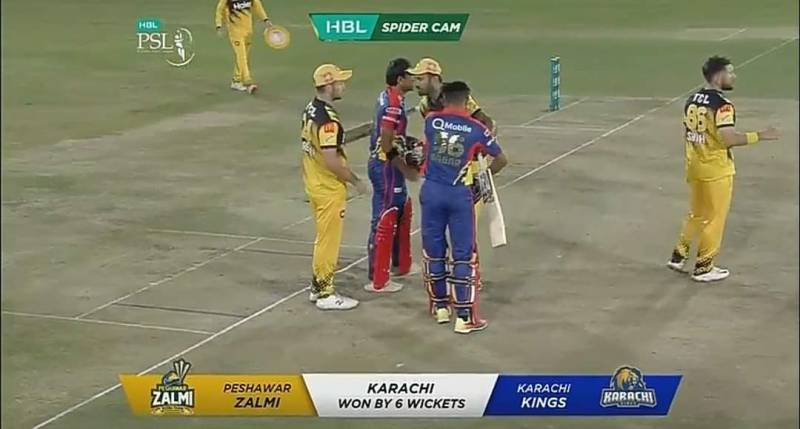 Babar Azam, the main batsman, remained not out on 70 which he made from 59 balls with ten fours while Alex Hales made 49 from 27 balls with six fours and two sixes.