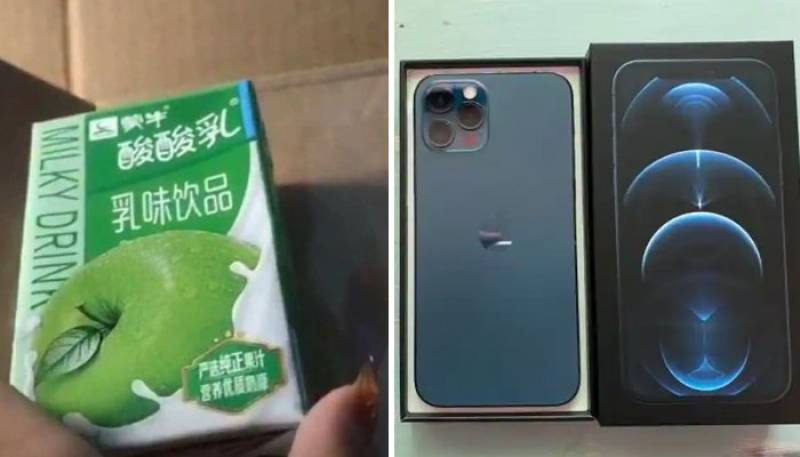 ANHUI – A woman in China was shocked to receive apple flavoured milk instead of her smartphone iPhone 12 Pro Max, she had paid for online.

She shared the incident on popular Chinese social media app Weibo that sparked outrage among the netizens.

In her video, she claims to have paid cn¥ 10,099 on Apple’s official website and received the package which arrived two days later containing the apple drink.

The woman clarified that she didn’t receive the package directly from the courier, but had it delivered to a locker inside her residential community.

Express Mail, the courier company have launched an investigation into the case and Apple has also stated they are looking into the matter.

The local police have also been involved as they suspect it might be a case of theft.

Apple products are a luxury in China and in 2011 a teenage boy had sold his kidney for to buy an iPhone and iPad.