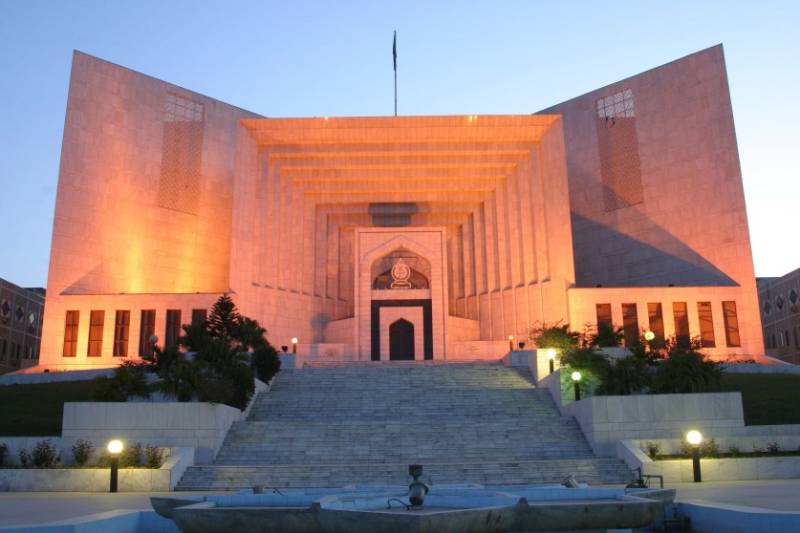 ISLAMABAD - The Supreme Court (SC) has wrapped up suo motu notice over the Lal Masjid operation case after assurance of the government for construction of the seminary on Thursday.

The Attorney General Anwar Mansoor appeared in the hearing and assured the apex court pertaining to the construction of madrassah. He also assured the top court that the government will be taking the administrative control of the madrassah.

The apex court wrapped up the suo motu case after the government’s assurance for construction of the Jamia Hafsa’s building.

On March 12, during the hearing Chief Commissioner Islamabad informed the SC that the Capital Development Authority CDA had built the mosque (Lal Masjid) over government land.

“The mosque had become his personal property,” Justice Gulzar remarked. “Are you saying the government could not be able to vacate the mosque? Justice Ijazul Ahsan, another member of the bench remarked.

“In 2007’s operation the building of Jamaa Hafsa was destroyed and 20 kanal land was allotted in the year 2011 on the directives of the Supreme Court,” the chief commissioner apprised the court.

Justice Gulzar Ahmed asked that “You mean the CDA allotted the state land to a private institution? The court had ordered the construction of the building not awarding it to someone, Justice Gulzar further said. The space could temporarily be used by someone but it will remain your property, the court remarked.

“You should read the court decision again and inform the detail of the matter to the court, Justice Essa said adding that running a private institution on government land is impermissible. “A private institution could only be run on your purchased place,” Justice Gulzar said.

Earlier, the bench resented over the lawyer of the CDA for appearing in the court delayed and without preparing for the case and the bench summoned the CDA chairman in the court.

Justice Gulzar Ahmed asked about the space of the plot on which Lal Masjid was established and the ownership of that plot. The Deputy Attorney General on the court’s query said that the Lal Masjid was built over the government’s land.