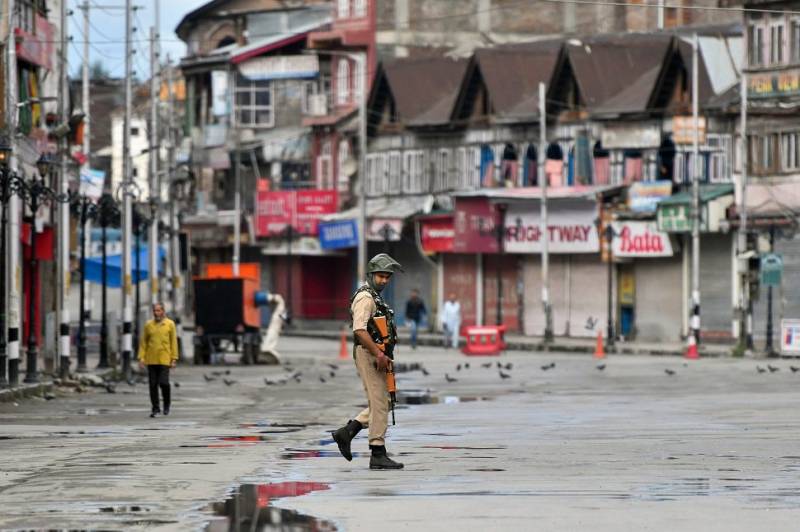 SRINAGAR – Life continues to remain badly hit in occupied Kashmir on the 59th successive day with heavy military deployment, restrictions and communications blockade in place in the Muslim majority areas of the disputed region, the Kashmir Media Service reported on Wednesday.

All markets and educational institutions are closed while public transport is off the road. The residents continue to face shortage of essential commodities including food and medicines. People living in far-flung areas are particularly facing immense difficulties to access medical care.

Due to suspension of the internet services, the online stores operating from the held-valley of Kashmir are out of business, affecting the livelihood of hundreds of entrepreneurs as their business is entirely dependent on the internet.

Besides arresting thousands of common Kashmiris, the authorities have also put under house arrest number of political leaders and activists since August 5.

SRINAGAR – Indian troops in their fresh act of state terrorism have martyred one more Kashmiri youth in the Occupied ...

Meanwhile, Indian police have confirmed the detention of scores of children as young as nine years old in occupied Kashmir since 5th of August when Indian government revoked Kashmir’s special status and imposed a lockdown. Police told this to a four-member Juvenile Justice Committee of the High Court of the occupied territory.

Thousands of Kashmiris – politicians, activists, lawyers, young men and minors – have been arrested in the days leading up to and in the aftermath of abrogation of Article 370. Media reports on the number of arrests and detentions vary from 13,000 to 40,000.

A delegation of Indian women organisations after a recent visit to the Kashmir Valley released a report in New Delhi, which stated that 13,000 children were subjected to enforced disappearance by the Indian forces, adding that the troops were demanding around 60,000 rupees from their parents for the release.