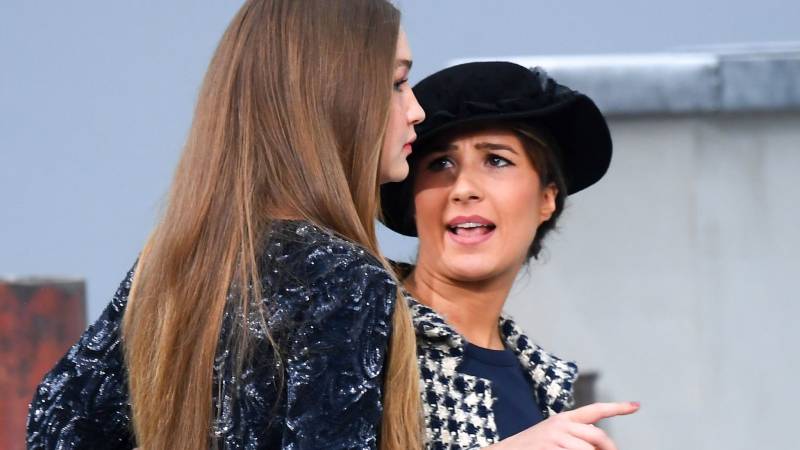 Gigi Hadid to the rescue!

At the Chanel Spring 2020 show in Paris, Gigi was seen escorting a French gatecrasher off the runway.

Dressed in a black and white tweed outfit topped with a black hat, the spectator climbed onto the set, which was built to look like Paris rooftops, as models took their final walk. Most of them didn't bat an eye and continued walking.

“I couldn’t stop laughing because the hapless security guards couldn´t spot her in the line-up,” said New York Times fashion writer Elizabeth Paton, who had been on the front row.

Marie Benoliel, a French comedian and YouTuber known as Marie S’Infiltre (Marie Sneaks In), later claimed credit for the stunt.

Gigi Hadid has been trending on social media because of the way she handled the situation.