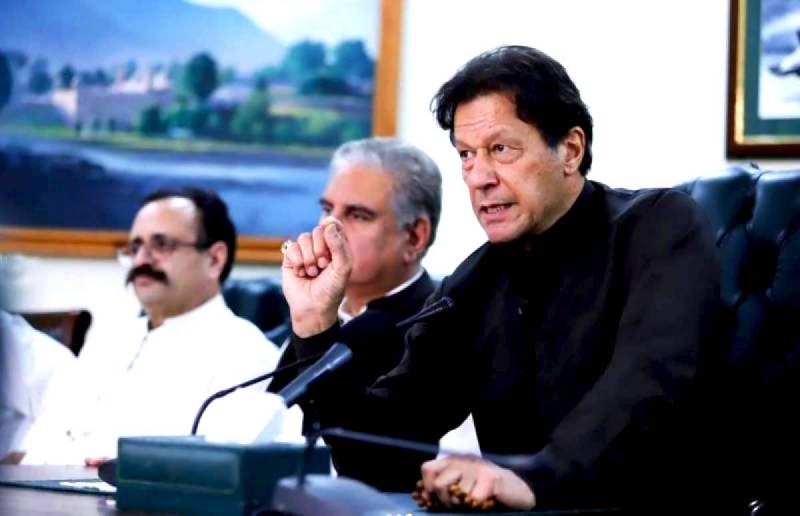 ISLAMABAD – Former Pakistani prime minister Imran Khan avoids shedding light on his secret meeting at President House in one of his latest interviews.

Speaking with ARY News, the defiant politician said he do not want to lie and cannot reveal the truth, when asked about a meeting at the presidency in which a high-level official including members of the establishment participated.

As Khan remains quiet on mending ties with a powerful quarter, he fires salvo at the ruling alliance, hours after a local magistrate issued a warrant for his arrest.

The cricketer turned politician, who has long been a vocal critic of PML-N and other political parties, revealed the current rulers are trying to detain him and put him behind bars ahead of upcoming elections.

The outspoken politician, who was accused of breaching the anti-terrorism act for allegedly making threats, and playing with a diplomatic cipher, said he packed his bag and was fully prepared when he came to know about his arrest.

Commenting on deposed PM Nawaz Sharif’s travel to London during his government, Imran Khan called it a part of a big game to shift Nawaz Sharif out of Pakistan. He blamed the justice system for benefitting politicians in such scenarios.

He also spilled the beans about the controversial cipher, refusing the allegation of making the cipher public. Commenting on audio leaks, the PTI chief called it strange that the premier’s conversations, which should be safe, were being made public.