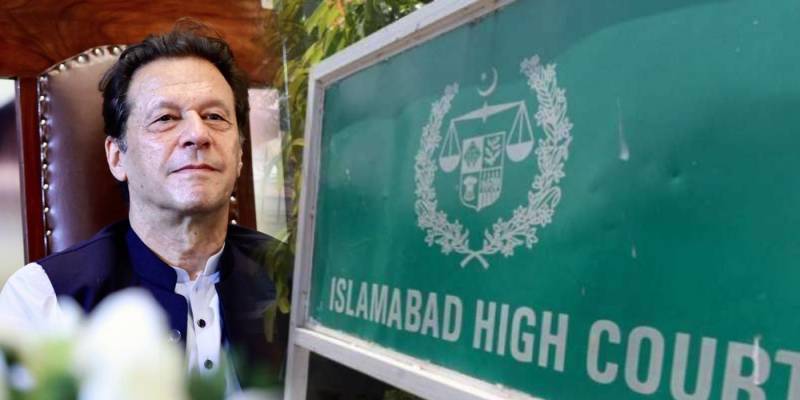 Judge Mohsin Akhtar Kiyani granted interim pre-arrest bail to defiant politician until October 7 against surety bonds of Rs10,000. PTI chief has been directed to appear before the relevant court.

In his plea, the outspoken politician maintained that the case against him has been registered on a ‘political basis’ and alleged that federal law enforcers are acting as tool of the Sharif-led government.

Earlier in the day, the Islamabad High Court was opened on a weekend holiday and its staff arrived in the morning.

On Saturday, PTI workers and supporters flocked to Bani Gala, the residence of Imran Khan, after his arrest warrants were issued.

ISLAMABAD – A magistrate in the federal capital has issued arrested warrant of former prime minister and PTI ...

Later, Interior Minister Rana Sanaullah said Khan’s arrest warrant was a routine matter and it was bailable, saying there was no question of the arrest.

Islamabad Police also cleared the air, revealing that the arrest warrant was a legal process as the PTI chief failed to appear before the court.