Meera and Amna Ilyas share a snippet from upcoming project 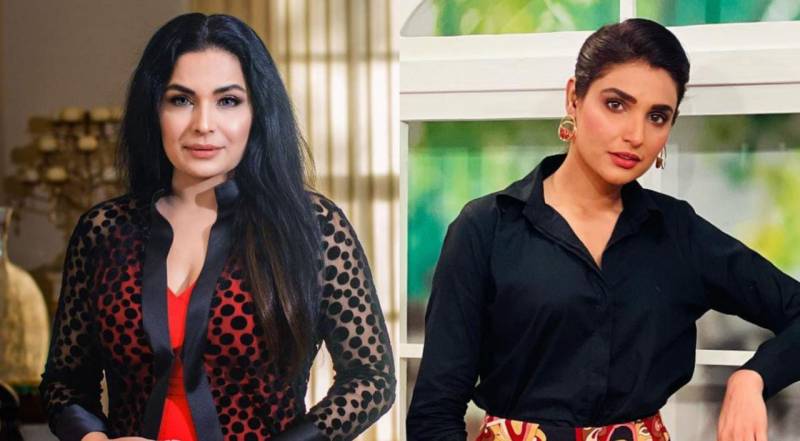 Two of Lollywood's talented and well-known actresses, Meera Jee and Amna Ilyas, are gearing up for a project that is yet to be titled or announced.

A snippet from their upcoming venture shows the Baaji actresses dressed in traditional Rajasthani clothes. Fans of the actresses have been impatient to watch the divas sharing the screen once again.

Meera and Amna have previously worked together in Baaji. Both actresses have massive respect for each other as it is evident from the snippet circulating on social media platforms.

The Jab Tak Hain Hum actress and Ready Steady No star looked exquisite during the shooting of the untitled project.

On the work front, Meera was last seen in Baaji and Parey Hut Love, and will be working in Chaa Jaa Re and Oscar.

Amna, on the other hand, will be seen in Driven and Mastani.