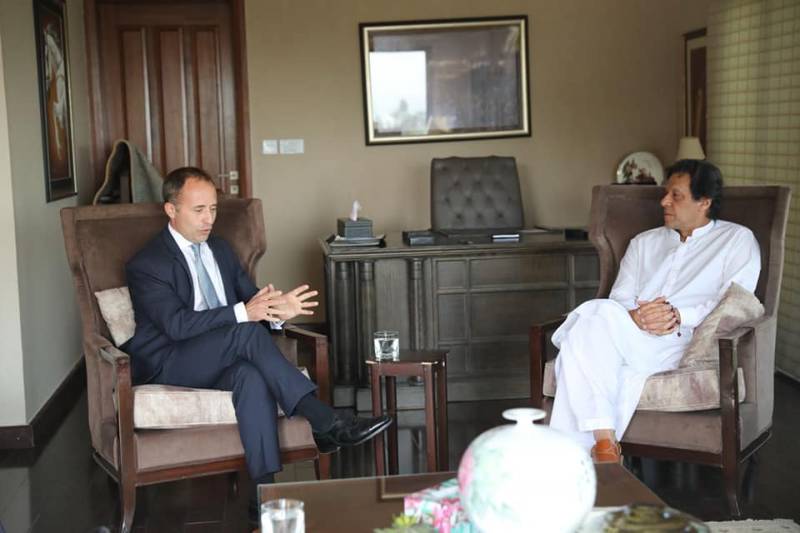 ISLAMABAD - Imran Khan, the Prime Minister-in-waiting has said Britain must return looted money which is allegedly being stashed by corrupt Pakistani politicians in the capital city, London.

The former international cricketer, who is all set to take over the country in the next few days, expressed the remarks in his first meeting with British officials after securing victory in the general elections, as per the reports carried by the British paper, the Telegraph.

In the meeting with Thomas Drew, the UK’s High Commissioner to Pakistan, Khan said it was “our firm resolve to bring back to the country the money laundered to the UK.”

Imran Khan rose to power on a populist anti-corruption wave after he spent 22 years of his life decrying the corrupt political elite of the country.

ISLAMABAD – Pakistan Tehreek-e-Insaf chief Imran Khan has started what it can be termed as rehearsal to cut ...

His request to the UK diplomat was in a reference to the assets stashed by former Pakistani premier, Nawaz Sharif and his family which owns properties in upscale areas of London.

The issue of minting money and sending it abroad has dominated Pakistan's political landscape ever since the Panama Papers leak sent shock waves across the country and exposed the offshore dealings of the former ruling family.

Investigations were launched in Pakistan at the highest level with Nawaz Sharif first ousted from office and then subsequently sentenced to 10 years in jail on charges relating to the purchase of the London flats, the Avenfield House.

Commenting on the request put forth by Imran Khan, a spokesman for the British High Commission said that tackling corruption was a UK government priority and the British authorities will continue to work constructively with Pakistan on this issue.

'Britain has robust laws for the recovery of illicit assets where there is evidence to do so,' he insisted.

Besides an informal request for bringing back money to Pakistan, Khan also discussed British aid to the country and its future prospects.