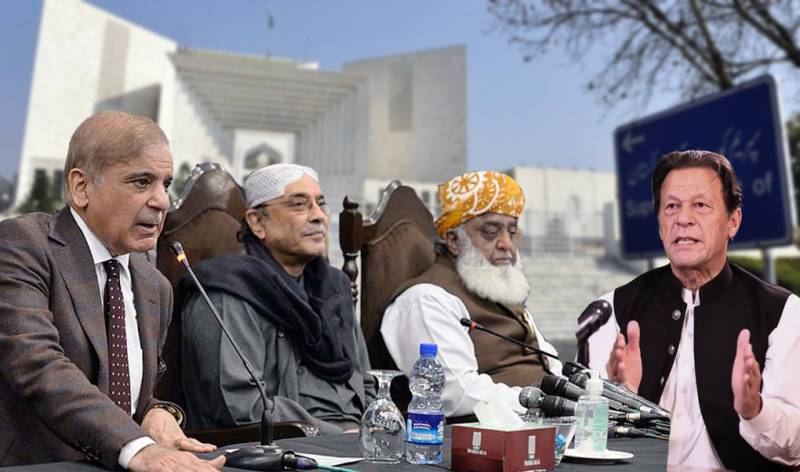 ISLAMABAD – Pakistan’s ruling alliance has announced to file a reference in the Supreme Court to disqualify PTI chief Imran Khan after the Election Commission of Pakistan ruled that the party received funding from prohibited sources.

The seasoned politician announced the next move after a meeting of the legal team was held under the chairmanship of Prime Minister Shehbaz Sharif in which Federal Law Minister Azam Nazir Tarar briefed the participants.

The country’s top court would be approached for disqualification of Imran Khan and ban on his party Pakistan Tehreek-e-Insaf, reports said.

On Tuesday, the government decided to place Imran Khan and other leaders on the no-fly list, as it believed that the defiant politician and aides could escape abroad after the verdict in the prohibited funding case.

Pakistan’s electoral watchdog announced its reserved verdict on Tuesday, declaring that PTI has received funds from scores of foreigners. Unknown accounts also came to light, said the electoral body in its verdict, referring to hide details as violation of Article 17 of the Constitution.

Meanwhile, PTI leaders lashed coalition alliance for trying to push the party against the wall, saying that imposing a ban on the party and Imran Khan was beyond the control of the incumbent government.