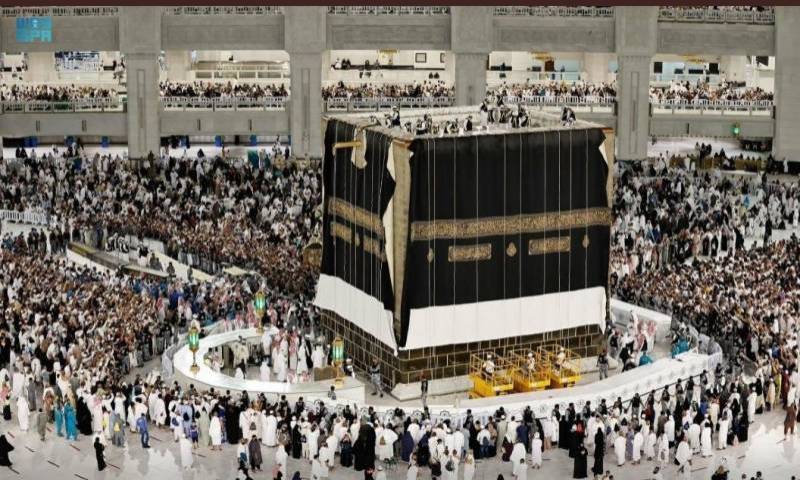 JEDDAH – Pilgrims have been allowed to touch the Holy Kaaba again as barriers installed around the sacred place have been removed after the gap of over two years.

The barricades were installed around the house of Allah in March 2020 to ensure social distancing between pilgrims and prevent spread of Covid-19.

The decision to return to normalcy was announced by Sheikh Dr. Abdulrahman Al-Sudais, President of General Presidency for the Affairs of the Two Holy Mosques, on Tuesday.

NOW: The removal of the barriers around the Ka’bah after a period of 2.5 years pic.twitter.com/fnHlcxKjns

The development comes as new Umrah season has begun, following the completion of Hajj 2022.

Al-Sudais praised the Saudi leadership for the steps to facilitate visitors to the Grand Mosque to perform their rituals in a safe atmosphere.

He said the presidency was working closely with all sectors operating in the Grand Mosque to welcome pilgrims and provide all necessary facilities, in line with the directives of King Salman and Crown Prince Mohammed bin Salman.

The General Presidency for the Affairs of the Two Holy Mosques said it had launched preparations to provide services early on, in line with crowd management plans, and prepared the Grand Mosque to facilitate Umrah pilgrims.

MAKKAH – In accordance with the annual tradition, the cloth of the Holy Kaaba, Kiswa, was replaced by the staff ...