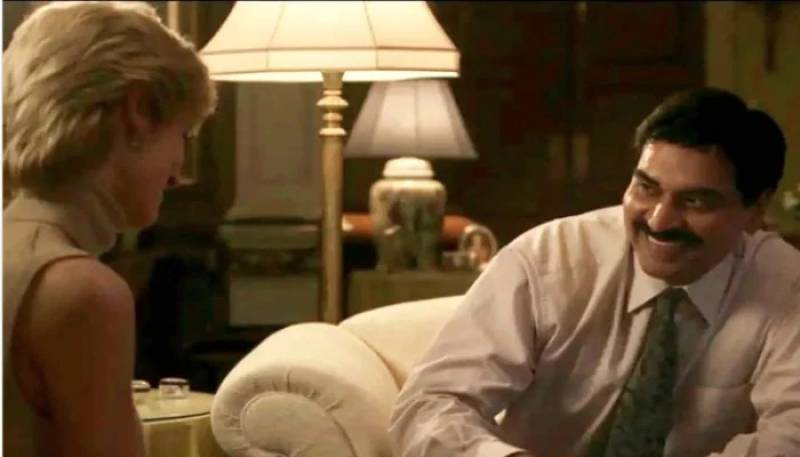 Pakistani superstar Humayun Saeed's role as Dr Hasnat in the acclaimed Netflix series The Crown has set a new precedent for Pakistani stars.

Now, the London Nahi Jaunga actor revealed that an important scene was deleted in the final cut of the show. During his recent appearance on a local TV show, Saeed, 51, shared an interesting detail about the project.

When asked whether all his scenes were aired in the record-breaking drama, Saeed recalled an "important" deleted scene, which showed Diana telling Dr Hasnat that she wants to convert to Islam for him.

"One scene from the ninth episode, a very dramatic scene was cut from the show due to the exceeding duration. Every episode has to last only fifty minutes, hence the deletion. It was an important scene and I personally really liked it because it was when Diana says she will convert to Islam for Dr Hasnant."

Saeed also noted that the dramatic scene was filmed on set but deleted from the final cut, saying, "Yeah, they cut out that scene and ended the episode before showing it."

The Crown season five aired on November 9. The latest installment chronicles the royal family's journey through the turbulent years of the mid-1990s including then-Prince Charles and Princess Diana's separation and divorce, fire at Windsor castle and more.

Humayun Saeed shares the secret behind his happy married life