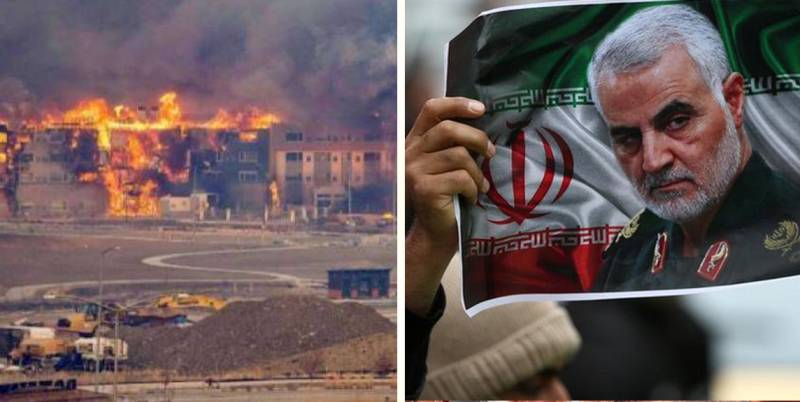 TEL AVIV – Two Israeli news publications The Jerusalem Post and Maariv were hacked on the second anniversary of the US assassination of top Iranian general Qasem Soleimani.

The Israeli publications were targeted early Monday as a picture of a nuclear facility being blown up was uploaded. Hackers also added text saying ‘we are close to you where you do not think about it’.

Meanwhile, Israel’s most-read newspaper described the hacking as a ‘direct threat’ to the country. The main page of the news site featured a bullet-shaped object shooting out of a red ring once worn by a former Iranian general whose convoy was attacked by missiles fired from a US drone.

“We are aware of the apparent hacking of our website, alongside a direct threat of Israel. We are working to resolve the issue & thank readers for your patience and understanding”, the publication wrote in a social media post.

We are aware of the apparent hacking of our website, alongside a direct threat of Israel. We are working to resolve the issue & thank readers for your patience and understanding. For now, you can continue reading us on our app: https://t.co/UrEXIpatDPhttps://t.co/veBDuWgucp

The publication also added that it remains unclear whether the hackers were from Iran or elsewhere. Iranian authorities have not claimed responsibility for the cyberattack but marked commemorations for the slain Soleimani.

On the second anniversary of Gen. Soleimani, thousands rallied in the Iraqi capital to mark the anniversary while Iran also called on the UN to take formal action against America and allies for the assassination of its top general.

In a letter to the UN General Assembly published late on Saturday, the legal department of Iran’s presidential office called for all legal initiatives in its power, including issuing a resolution to condemn the US and discourage similar moves in the future.

Last week, Iran fired multiple ballistic missiles at the close of five days of military drills that generals said were a warning to Israel and included a mock strike on Israel’s nuclear facility.